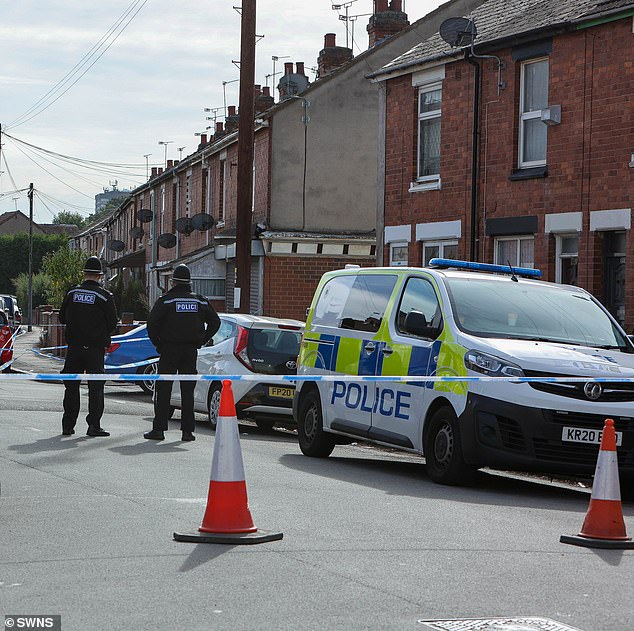 After a violent battle in the parking lot of a community mosque resulted in the death of a man who was cut to death, two men have been detained on suspicion of murder.

Violence broke out in the neighborhood late on Sunday night, prompting emergency services to hurry to Jamiah Masjid and Institute in Coventry.

Later, police learned that a 52-year-old man, known locally as Rab Nawaz, had been stabbed in the middle of a funeral prayer during an altercation that is said to have originated from a family dispute.

The victim’s automobile was the primary target of the assailants, who were said to be carrying “big knives and machetes,” before the victim was reportedly stabbed to death.

Witnesses related how Mr. Nawaz had been taken into the mosque for protection before he allegedly passed out and died inside the chapel.

Armed police in the area quickly captured a 56-year-old man following the incident, and early on Monday morning they caught a second suspect, a 27-year-old guy.

The head imam of the Al-Madinah Institute, Mohammed Nabeel Afzal Qadri, stated in a statement: “This was an isolated occurrence unrelated to any religious or racial problems.”

We think the assault was planned and initiated because of a family dispute.

Religious leaders and investigative officials both moved quickly to disassociate the violent incidents from the local tensions that have recently erupted in the West Midlands.

Both individuals are still being held and will be questioned by authorities over a possible homicide.

In recent weeks, violence has broken out between the Muslim and Hindu populations in the Midlands.

16 police officers suffered injuries last month while attempting to mediate a conflict between opposing gangs of young men in the nearby county of Leicestershire.

Police assert that they do not think this murder to be related to “previous issues” and that they believe it to be an isolated event.

“We don’t think this is connected to any other events or conflicts, either in Coventry or the larger West Midlands,” said Detective Superintendent Shaun Edwards of the West Midlands Police. “It looks to have been an isolated argument that has ended in tragedy.”

“I speak on behalf of the Mosque and local community who strongly condemn this horrible, filthy, and insensitive crime,” Imam Qadri said.

Every person’s life is valuable and holy, thus it is tragic when it is lost in an instant in such a vicious and terrible manner.

Until further notice, “all Mosque educational programs are suspended to provide the police the room and time they need.”

I would ask anybody who was nearby and may have seen the incident or captured it on a smartphone or dashcam to get in contact with us as soon as possible.

Police will increase patrols in the region while providing comfort to locals and community leaders.

Police encourage anybody with knowledge to get in touch with them and reference log 3319 from October 2.

You may contact the force by calling Crimestoppers anonymously at 0800 555 111 or through Live Chat at west-midlands.police.uk.