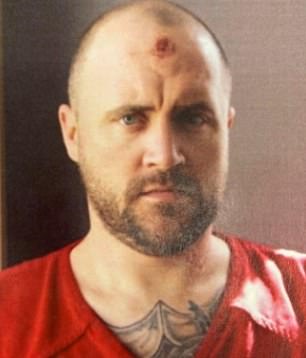 Police are searching an armed and dangerous felon that remains on the run after he and another convict escaped from a Virginia mental hospital on Easter.

Leigh, who had outstanding drug-related charges, was apprehended by police in Chesapeake, about 60 miles away from the hospital, around 5.45pm and is currently being held without bond at the Chesapeake City Jail.

Authorities say Wilkerson remains at large and is considered armed and dangerous. He is wanted on felony probation charges and a warrant for escaping from a mental hospital.

Leigh told police he is unaware of his fellow escapee’s current whereabouts.

She encouraged anyone with information about his whereabouts to contact authorities.

A Virginia-based legal analyst claims it is ‘extremely rare’ for people to escape a mental health hospital, especially a facility like Eastern State which was the first psychiatric hospital in America, dating back to 1773.

‘Eastern State is one of the largest hospitals in the Commonwealth that is utilized for restoring people charged with crimes to a competent state to stand trial,’ Ed Booth told WVEC. ‘You wind up there because a judge has you evaluated as a defendant and the doctor has come back and said that this particular defendant is not competent to stand trial.’ 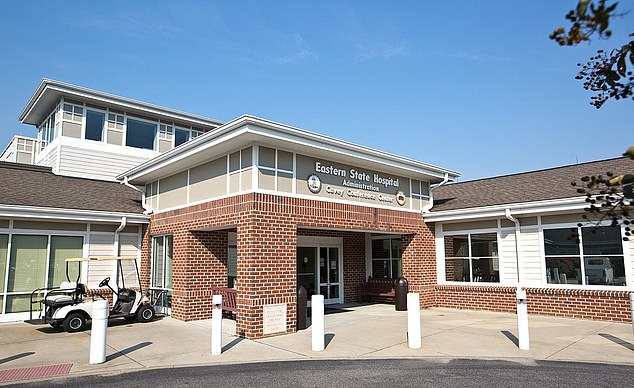 The pair escaped from Eastern State Hospital, the nation’s first-ever psychiatric hospital. After being apprehended, Leigh told police he was unaware of Wilkerson’s current whereabouts

He also noted that people can also be sent to the facility on temporary orders if authorities deem they need a mental health examination.

‘There are also people who are sent there on like temporary detention orders when someone is found that they need to be hospitalized but they’re not charged with a crime,’ the analysts explained.

Eastern State Hospital, located about 50 miles outside of Richmond, is one of five state-run mental health facilities in Virginia.

Last month a man escaped from Central State Hospital, about 30 miles from the state’s capital city, for the second time in three years.

Central State opened in 1870 and was the first psychiatric institution in the U.S. for black people. The facility became integrated in 1968.