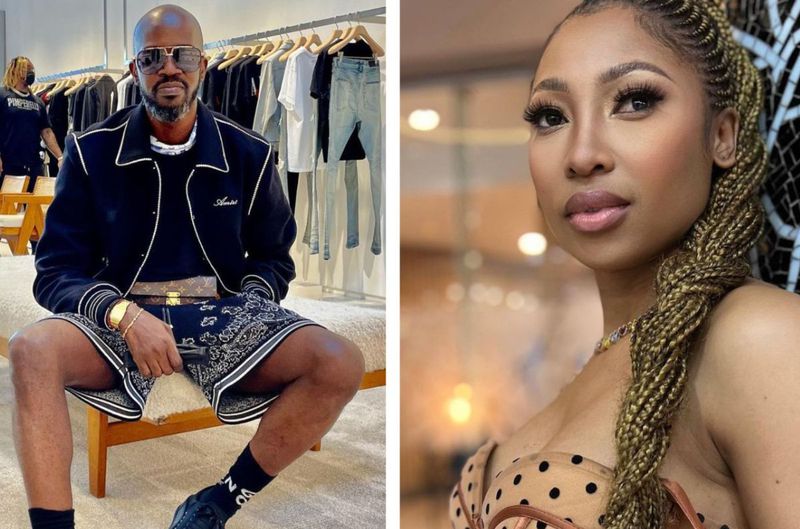 It appears that the tension between Enhle and the Grammy-winning DJ is growing throughout their highly publicized divorce process. The split couple has been airing each other’s dirty linen and taunting each other on social media. From charges of abuse to maintenance conflicts, they never fail to make headlines in the tabloids, and it appears that Enhle is prepared to have a public conversation with Black Coffee.

Monday evening, the Rockville actress, who is currently mired in a nasty divorce battle with the DJ, posted a mysterious Instagram story in which she claimed that a specific individual is “planting stuff” and that she is willing to appear beside him on CNN.

“This guy is excessive; I want a CNN interview with both of us in the same room!” The email I recently read! Now plant things!! It is becoming more dangerous,” she wrote.

Twitter users assumed Enhle was alluding to Black Coffee when he tweeted on January 14 that he wanted to hang out with MacG and his co-host Sol Phenduka on his YouTube podcast.

DJ’s announcement that he wanted to be a guest on the most popular and controversial podcast in the country sparked a social media frenzy. It appears that his divorce drama and allegations of abuse eventually motivated him to speak forward.

In December of 2017, he came to Twitter to discuss how Enhle’s alleged assault affected him.

“The day my ex-girlfriend accused me of physically hurting her, everything changed. It has left a vacuum in my heart that I am unable to fill. I lost a significant portion of myself, and no court could ever erase the grief and guilt I still feel today.”

The DJ labeled Enhle “dark and irresponsible” in response to her complaints of assault.

“My late father was abusive; it is extremely dark and irresponsible to see her continuing to ride that wave as a victim using me and putting some of my tweets about it on that bikini as an activist. “She must confront the individuals who abused her and leave me alone,” he stated.

Additionally, the woman who claimed Enhle destroyed her marriage has released an audio recording of their conversation.

Enhle accused Black Coffee of spousal violence in March 2021. She claimed the event occurred during her 33rd birthday supper at their Sandton house. Black Coffee was apparently unhappy because she hosted a party without his permission. The Daily Sun reports that the actress ultimately obtained a protective order against the DJ.

“Nathi questioned why I was hosting a meal without his consent. I then inquired as to why I required his permission, to which he replied that it was his home. I then informed him that it is our residence and am perplexed. According to the publication, he then threatened to call the police to shut it down, as she stated in her court application.

Enhle revealed in May 2021 that her protection order had been denied and promised to cease “protecting” the DJ.