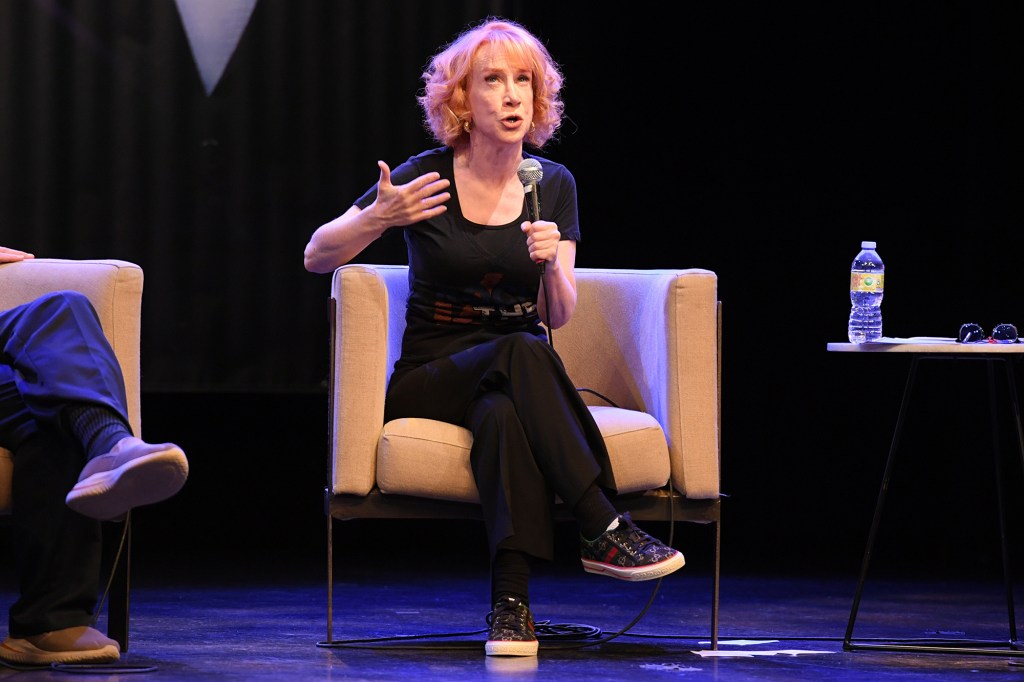 Twitter Direct Messages are private messages between users and the repository for millions of users’ potentially sensitive interactions.

It’s the same as trusting Alex Jones with our direct messages, said comic Kathy Griffin to The Post. Since he assumed control of the site, the two-million-follower comedienne has sparred with Musk. She was temporarily banned from the network earlier this month for impersonating Musk, but was reinstated on November 19.

Twitter’s direct messages have never been encrypted and have always been susceptible to hackers and bad actors within the business, but analysts believe the company’s enormous layoffs have made the situation especially precarious.

It’s the same as trusting Alex Jones with our direct messages, said comic Kathy Griffin to The Post.
Getty Pictures

“If you continue to utilize Twitter direct messages for private or sensitive discussions, you should be aware that Elon Musk or any other Twitter insider with appropriate access can read them. This is because, unlike a number of other easy-to-use programs, these communications are not end-to-end encrypted, according to Bryan Cunningham of the UC Irvine Cybersecurity and Policy Institute.

Twitter direct messages can only be removed if all parties involved in the discussion agree to do so, and even then, it is unknown if or for how long the data is preserved on Twitter’s servers.

Musk has pledged to act expeditiously to ensure the security of private messages on the network.

Twitter’s direct message security has been a concern even before Musk assumed control of the company.
AFP Images via Getty

Twitter’s direct message security has been a concern even before Musk assumed control of the company. In 2018, Twitter acknowledged that a flaw has exposed an unspecified number of Direct Messages to third parties for more than a year. In August, a second Twitter employee was convicted of espionage for Saudi Arabia as part of a scheme that involved the transfer of sensitive user information to the Kingdom.

Ben Collins, who provides a very left-wing perspective of Elon Musk and Twitter for NBC News, has also openly agitated over the DM predicament, but he had a more relaxed stance when questioned by The Post.

“The spiciest thing you’ll discover in my direct messages are my genuine sentiments regarding Aaron Judge, which are unfit for the New York Post.” Also included is my shared Hulu login, which would ruin many people’s weekends,” he stated.