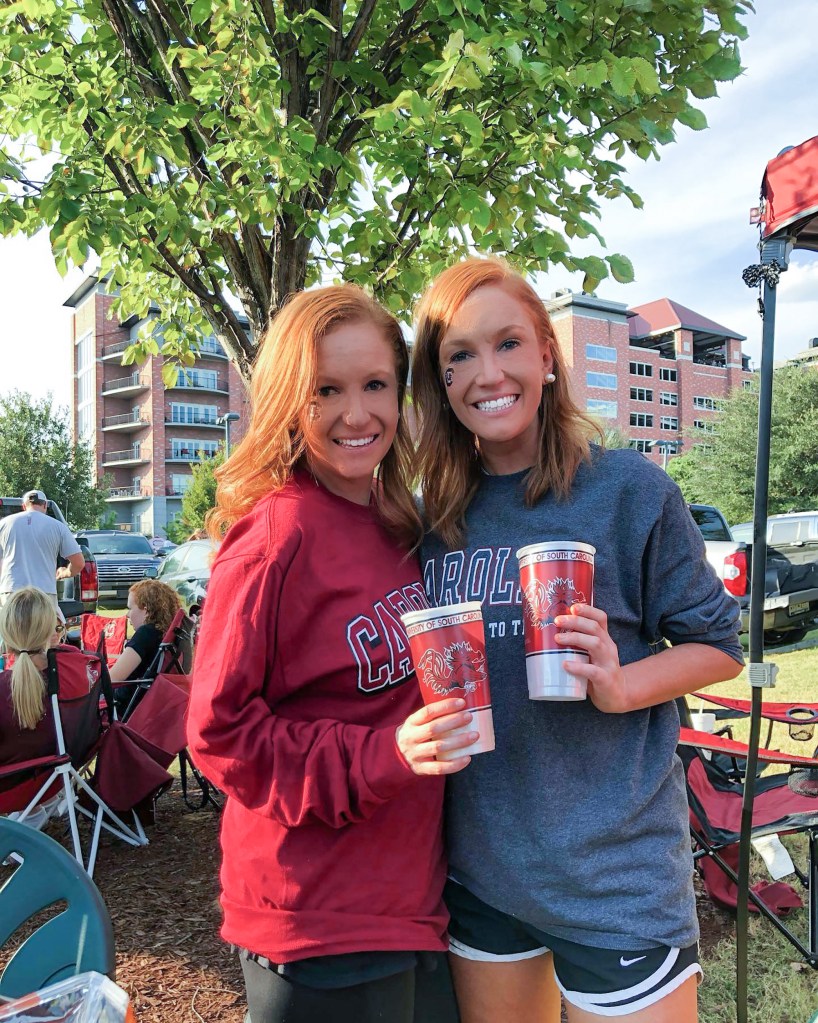 A jury determined that identical twin sisters accused of cheating at a South Carolina medical school “are genetically prone to behave similarly” and awarded them $1.5 million.

Insider reported that Kayla and Kellie Bingham filed a slander lawsuit against the Medical University of South Carolina in 2017 – a year after the institution alleged they were in collusion during an exam.

The couple sat at the same table, but “we were about four or five feet away,” Kellie told the news site, noting that their monitors prevented them from seeing each other.

After two weeks, school officials suspected the twins of cheating on the exam.

“My thoughts were racing. “I was inconsolable and bewildered that this was happening to us,” Kayla said of her appearance before the school’s honor board.

“There is no way to handle your feelings when you are falsely accused of a crime,” she told Insider./ Kellie Bingham

The twins were notified that a professor who was remotely watching their test believed they were conspiring and instructed a proctor to “keep a closer check” on them.

The observer claimed that she observed the pupils nodding their heads frequently, as if they were exchanging signals, and that one of them “flipped” a sheet of paper so the other could see it.

“We were only nodding in response to a question on our computer displays. “There was no communication,” Kayla told Insider, adding, “they never looked at each other.”

She told the news site that others regularly remarked on their “very similar” behavior, but that they lacked “twin telepathy” and “secret language.”

Since first grade, Kellie and her sister have maintained extremely equal scholastic performance, as evidenced by their identical SAT scores for college entrance.

The sisters were judged guilty of cheating despite their protests, but they were exonerated a few days later. However, they claimed that their reputations had already been damaged.

“These whispers and stories spread around school about our academic dishonesty,” Kellie told Insider, adding that harmful remarks against them circulated across the United States.

Kayla stated that the sisters chose to withdraw from the school later that year “on the advise of the dean” due to the school’s increasingly hostile environment.

They ultimately abandoned their intentions to become physicians and went into law instead.

In 2017, the ladies brought a slander complaint against the institution, which was ultimately successful last month.

During the trial in Charleston, their attorney presented the jurors with academic records that were practically similar.

A professor also informed the tribunal that the sisters had given identical answers to an exam he had administered as they sat on opposite sides of the room.

And a psychologist who specializes in behavioral genetics and twin research said that she would have been shocked if the twins “did not end up with the same scores.”

“We were aware of the truth. “We were not going to allow our reputation to be damaged,” Kayla stated. It takes a lifetime to establish a reputation.

Nancy Segal, the founder of the Twin Studies Center at California State University, Fullerton, and a trial witness, described twins as “very intertwined.”

Segal told Insider, “They are genetically programmed to behave similarly.” They have been reared in the same environment and are natural companions.

Kayla stated, “After six years of living with this, we have finally gotten everything restored.”
Facebook / Kellie Bingham

She stated that identical twins share a level of knowledge that exceeds what we generally consider to be a close connection.

Due to the similarities of their thoughts and conduct, Segal observed that twin students are commonly suspected of cheating.

When the decision was revealed, the sisters, who are now 31 years old, joined hands.

Kayla stated, “It was the greatest moment of our life.” “After six years of living with this, we have finally got everything restored.”

According to the source, the two ladies now work at the same legal firm and intend to litigate defamation cases similar to their own.

»Twins accused of exam cheating win $1.5 million in a lawsuit: They are “entwined”«