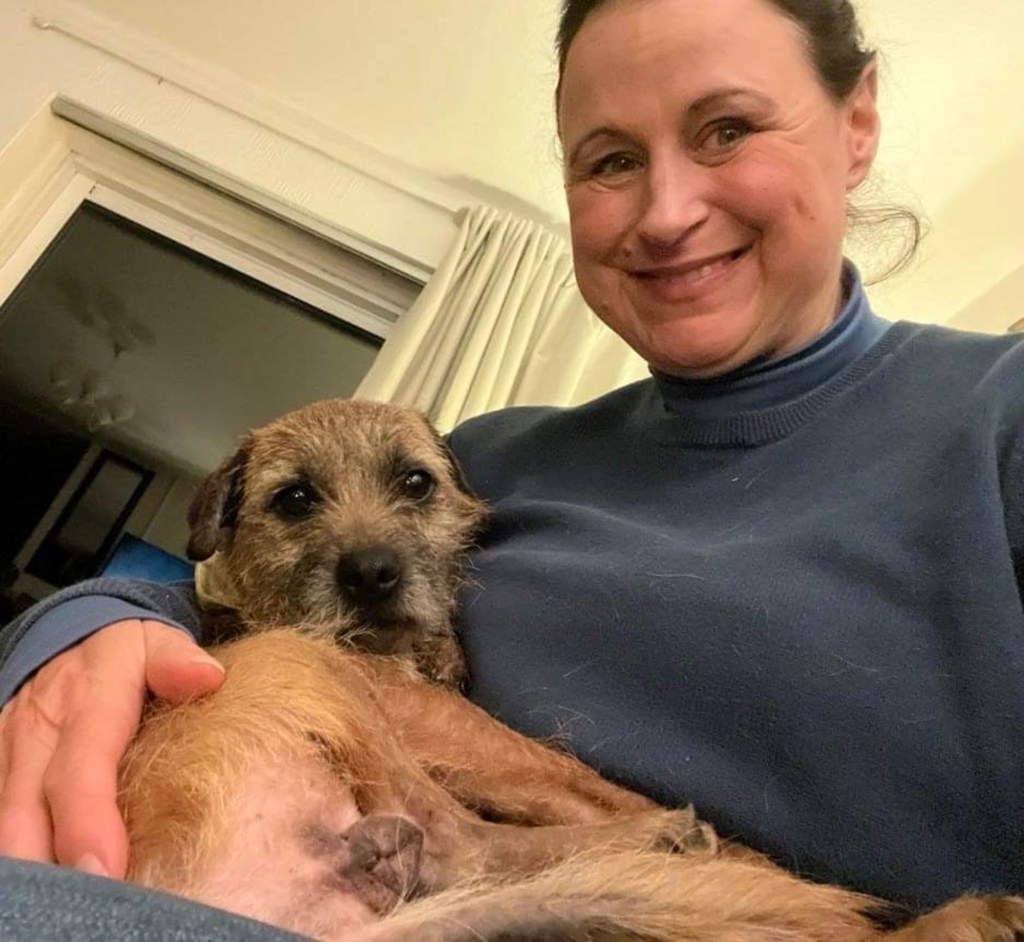 A little border terrier who disappeared in the United Kingdom as a puppy was unexpectedly found with her owner a staggering 12 years later.

In February 2011, Missie, the puppy that Liz Eldridge, 51, had purchased for her son Oscar’s birthday, mysteriously vanished from their Hertfordshire home.

The mother spent the next eight years travelling across the country in an attempt to locate her lost dog.

Eldridge, who works for the National Health Service in the United Kingdom, resigned herself to the likelihood that Missie had been kidnapped.

Last week, though, she received word that Missie had been located and tracked back to her via a microchip ID implant.

The owner was overjoyed to learn that a member of the public had discovered the missing dog and turned her over to animal control.

“It was a blend of pure happiness and sorrow.. As Missie was in a dreadful situation,” Eldridge said upon seeing her pet again.

Liz Eldridge, shown with Missie after they were reunited, stated that she had spent eight years scouring the nation in search of her.
Missie was a dog that Jam Press Eldridge purchased as a birthday present for her kid.
Missie, according to Jam Press Eldridge, was in a “bad state” when she returned last week, but she is already on the mend.
The Jam Press

“She was terrified every time I attempted to put a leash on her,” she continued.

Eldridge said that Missie was already exhibiting indications of recovery after a week of treatment.