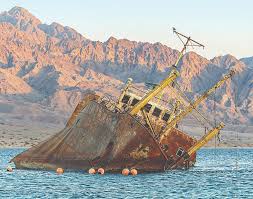 Tunisian oil operations to begin after shipwreck, the Equatorial Guinea-flagged oil tanker, Xelo, which sank in the Gulf of Gabes along Tunisia, has been checked with divers finding no leaks from fuel-laden ship.

“The Tunisia branch of the World Wildlife Fund had also expressed concern about another environmental catastrophe” in the region, an important fishing zone.

The Xelo was travelling from Egypt to Malta when it went down.

Rabie El Majidi, Tunisian Minister of Transport “said that rescue workers had checked during the operation that the valves were closed, and the team of divers ensured they were sealed and intact”.

The crew of the Xelo had issued a distress call on Friday evening and sought shelter in Tunisian waters from bad weather before going down.

Tunisian authorities rescued the seven-member crew, who received first aid and were moved to a hotel.

An Italian ship specialised in cleaning up marine pollution will be sent alongside a team of divers to aid with efforts, an Italian official said.

Tunisian officials are also investigating the itinerary of the tanker, which reportedly has Turkish and Libyan owners.
africanews