Skip to content
Go Home «» News «» World News «» Trump suggests impeaching Mitch McConnell because Democrats “have something on him.” 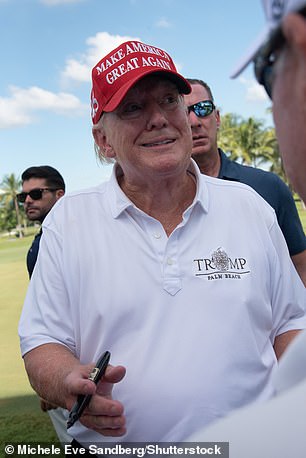 He stated that Democrats must ‘have something’ on McConnell due to his propensity to negotiate with the left in the past on the debt ceiling rather than hold the government’s funding hostage.

The former president’s animosity toward the longtime Kentucky lawmaker is not a secret, but their battle for influence over the future of the Republican Party became something of an open cold war during this midterm election cycle, where endorsements have always been a test of the strength of political power players.

Trump, who has sponsored hundreds of candidates at the state, municipal, and federal levels, told Real America’s Voice on Thursday that he believes his Senate nominees will unseat McConnell if they win on November 8 – as several of them have said they would.

Trump stated, in response to a question about McConnell’s silence on the impending post-election battle to avoid a government shutdown, “It’s crazy what’s happening with the debt ceiling.”

Mitch McConnell continues to permit the practice. Five days before the midterm elections, Trump declared, “I mean, they have to impeach Mitch McConnell if he allows a deal with the Democrats.”

“They must have something on Mitch McConnell, frankly,” said the speaker. How he could approve of this is astounding.

Trump also referred to McConnell as a “terrible person who has done a bad job.”

He accused McConnell of ‘feeding’ Democrats the more than $4 trillion in extra spending that has resulted thus far from President Joe Biden’s program.

It consists primarily of Green New Deal funds tossed out the window. And that is producing significant inflation.’

He criticized Senate Republican Leader Mitch McConnell throughout the majority of their 25-minute talk.

Ahead of the midterm elections on November 8, Trump voiced optimism in recapturing the Senate in light of an increasing number of surveys indicating Republicans are ready to flip crucial battleground seats, implying a winning majority would have to oust McConnell.

I believe we now have a very good chance of reclaiming the Senate, but we must replace Mitch McConnell with a far more qualified candidate. Trump stated, “He is close to incompetence; something is wrong with him.”

He also attacked McConnell for funneling millions of dollars into the Alaska Senate race, where incumbent Republican Sen. Lisa Murkowski is defending her seat against Trump-backed Republican challenger Kelli Tshibaka.

When attempting to critique Alaska’s new ranked-choice voting method, Trump seemed to forget the very term: “Alaska is going to have a crazy election of the, you know, one of those elections.” Where you vote for the top three positions.

Tshibaka and Trump-aligned New Hampshire Senate candidate Don Bolduc have both stated that, if elected, they would reject McConnell’s candidacy for the leadership.

The McConnell Super PAC withdrew its funding from Bolduc’s campaign weeks ago.

Trump stated on Thursday, ‘I hope that Don and these folks that he’s not providing money to are strong.’

According to his position, he raised funds. It is the only power he possesses, and he lacks any leadership skills.’

It comes at a time when it is anticipated that Republicans would flip Democratic Senate seats in Arizona, New Hampshire, Nevada, and Georgia.

He deemed it a’mistake’ to have endorsed McConnell while he was still in the White House, but it is unclear how much of Trump’s assistance the veteran lawmaker required to retain his seat.

‘I made a mistake. I endorsed him. He arrived, and he was so courteous to me over time, that when he asked for my endorsement – and I do very well in Kentucky, thank you – I gave it to him,’ Trump recalled.

“Actually, what am I going to do? No opponent was running against him. In retrospect, I would have run one of the Kentucky congressmen; he would have had little chance of winning.

After Trump left office, he blamed McConnell for any GOP dissent and for failing to prevent his second impeachment over the Capitol incident, shattering the already strained relationship between the two Republican leaders.

McConnell has, for the most part, resisted responding publicly to Trump’s accusations.

Since then, the former president has mostly abandoned the moniker.

»Trump suggests impeaching Mitch McConnell because Democrats “have something on him.”«