Skip to content
Go Home «» News «» Breaking News «» Trump respects Diamond at a memorial service, but asserts that he “did not know Silk at all.” 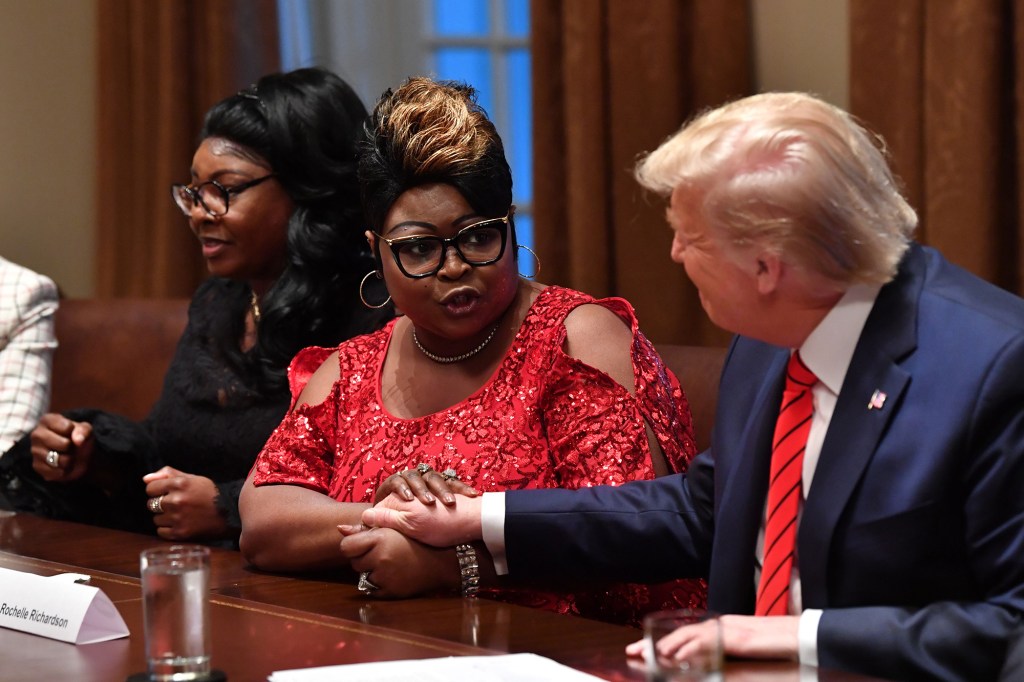 Former President Donald Trump, addressing at a funeral ceremony for one half of the conservative duo “Diamond and Silk,” stated that he did not know Silk well.

Trump was one of several Republicans who spoke at the memorial service in North Carolina on Saturday for 51-year-old Lynette “Diamond” Hardaway, who died unexpectedly earlier this month.

According to the Daily Mail, Rochelle “Silk” Richardson commended the former president for his relationship with her and her sister, stating that he treated them “just like the other children: Eric, Don Jr., and Tiffany.”

Trump described Diamond as one of the “biggest stars” in the world, but stated that he “didn’t know Silk at all.”

“The world has lost one of its brightest stars, but I see that we have another star who was on par with her, but she has surpassed her, and she is unique,” he remarked.

“I’m sincere. I believed I knew them both, but in reality I only knew Diamond, not Silk. Recently, I discovered about Silk. “You’re incredible, and you’re going to go far beyond anyone’s wildest dreams,” he remarked.

The former president has been seen multiple times with the pro-Trump couple, including in the Oval Office of the White House.

When news of Diamond’s death broke on January 8, Trump referred to her as “Magnificent Diamond” on his Truth Social platform.

Trump remarked at the time, “Really bad news for Republicans and, frankly, all Americans.” “Our beautiful Diamond of Diamond and Silk has just passed away at her home in North Carolina, the state she cherished so much.”

He stated that Silk was “with her every step of the way and at her passing.”

Trump continued, “There was never a better team, anywhere, at any time.”

Silk said in her remarks about her sister that Diamond died as a result of an anti-COVID-19 immunization conspiracy.

During a meeting, Diamond and Silk flanked then-President Donald Trump.

“When they want to depopulate and sterilize a large group of animals in the wild, they typically inject one animal, which then infects the other animals,” Silk explained.

“In case any of you have been hiding under a rock or are still in denial, people are dying in this area, and nobody is talking about it! “They are dying unexpectedly and suddenly,” she remarked.

She mentioned that the scientific community thinks these deaths to be associated with Sudden Adult Death Syndrome.

Many refer to this as a conspiracy theory. “I consider it murder,” she stated.

Silk recounted the final moments of her sister.

“She remarked, ‘I can’t breathe,'” It came out of nowhere and without any warning… “Each breath became less and less,” said Silk.

»Trump respects Diamond at a memorial service, but asserts that he “did not know Silk at all.”«