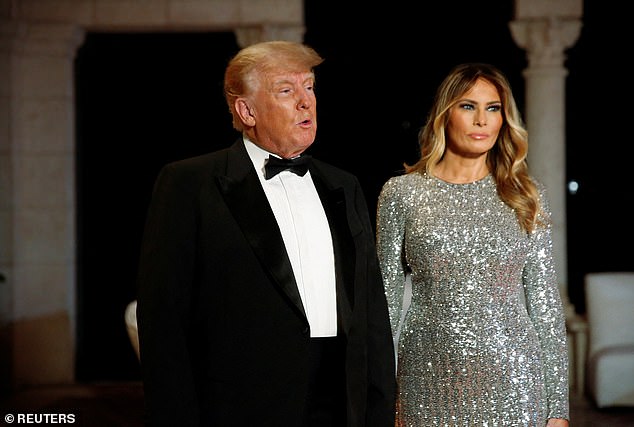 Donald Trump, a former president, said on Sunday that the Republicans’ performance in the midterm elections fell short of expectations and that “it wasn’t my fault.” He attributed this to both a Supreme Court decision and the party’s stance on abortion.

Trump also included some of his usual criticism of Senate Minority Leader Mitch McConnell’s expenditures on candidates in a post on his Truth Social platform.

“The Republicans’ failure to meet expectations in the Midterm elections wasn’t my responsibility.” He cited his record with endorsements, “I was 233-20!”

He then focused on the pro-life wing of the party, claiming that “many Republicans handled the “abortion problem” badly, particularly those who adamantly insisted on No Exceptions, even in the event of Rape, Incest, or Life of the Mother, which cost them a lot of voters.”

Additionally, he said, “The folks who fought so vehemently for decades to ban abortion achieved what they wanted from the US Supreme Court and simply plain vanished, never to be seen again.”

Three pro-life justices were nominated to the court by the 45th president during his administration; Amy Coney Barrett, Brett Kavanaugh, and Neil Gorsuch all voted to overturn Roe v. Wade.

According to exit poll results, abortion was the second most significant issue for Americans, The Hill reported.

While many predicted a “red tsunami” in the midterm elections, Democrats actually gained one Senate seat when John Fetterman, who had a stroke the day before the Democratic primary, defeated Dr. Mehmet Oz, who had received Trump’s endorsement.

While Kyrsten Sinema is now an independent, she still caucuses with the Democrats, giving them 51 votes in the Senate, along with Vermont Senator Bernie Sanders and Maine Senator Angus King.

Despite only picking up nine seats, the GOP managed to win the House by a narrow margin.

Trump has adopted a position in which he supports candidates who support his assertions that the 2020 presidential election was rigged. Due of this, the former president decided to support certain unconventional Republicans who won the Republican primary elections but had little to no chance of defeating the Democratic rival.

One of the most prominent defeats was Oz’s loss against Fetterman in the Pennsylvania Senate race despite Trump’s endorsement. Many observers think David McCormick, a former hedge fund CEO, would have defeated Fetterman if he had been the Republican candidate.

One of the elections that contributed to Democrats’ razor-thin advantage in the Senate growing from 50-50 to 51-50 was the one in Pennsylvania.

Trump said in November that he will be making a third attempt to win the presidency after losing to President Joe Biden in the 2020 election.

Since then, some grassroots Republicans have spoken out against Trump’s third run, arguing they want someone else to challenge Biden in 2024.

According to polling, Florida Governor Ron DeSantis is likely to be the most popular Republican candidate for president in 2024, perhaps surpassing Donald Trump.

Ronna McDaniel, chairwoman of the Republican National Committee (RNC), also said this weekend on Cats Roundtable that “ticket-splitting” was a significant reason why the GOP failed to see a “red wave.”

She also disavowed responsibility for the RNC’s support of more extreme far-right candidates that won the 2022 midterm primary elections.

She summed up the midterm elections by saying, “We didn’t win as much as we intended to win.”

We must consider what occurred in every state and among every race, she said. “There was a substantial Republican turnout.” However, there was a significant degree of ticket splitting, with one Republican winning the general election while the Republicans really supported the Democrat. We must ascertain what it is.

We at the RNC don’t choose the candidates. The voters decide,” said McDaniel. “The message is not done by us. That depends on the marketing.

But we do show up. The one thing we can see right now is that even though Republican voters turned out in record numbers, they didn’t support all of the GOP candidates.