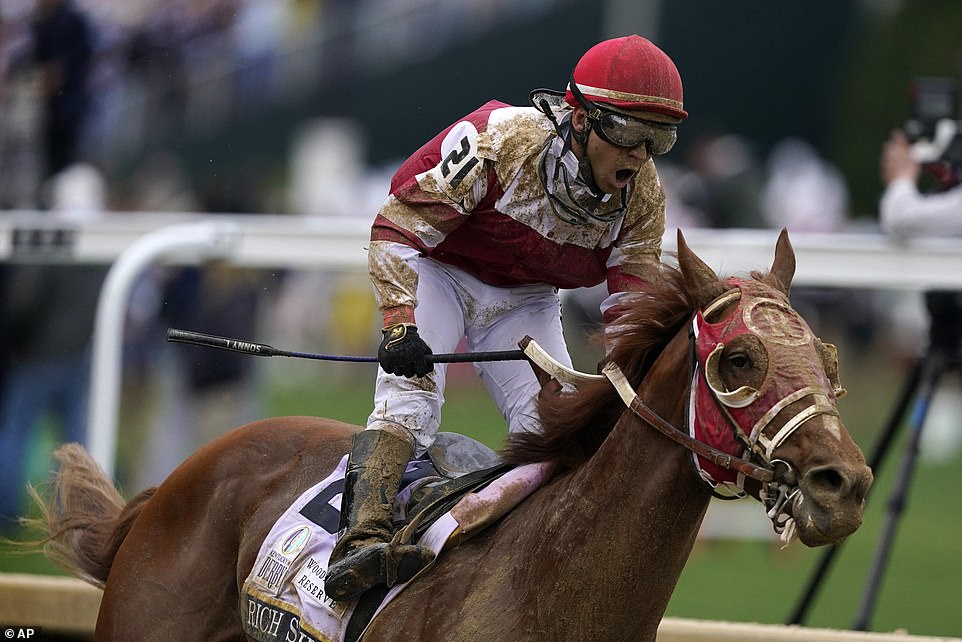 Former President Donald Trump visited the Kentucky Derby Saturday as he witnessed the victory of 80-to-1 historical longshot Rich Strike and mass crowds returned to America’s most famous horse race.

The president watched Rich Strike, who wasn’t even in the Derby field until Friday until he was inserted as a substituted for an injured horse hence the low odds, become the second-biggest upset in the Derby’s 148-year history and beat the longest odds for a Kentucky Derby winner since Donerail, who won from 91-1 odds in 1913.

The horse – which ran middle of the pack until the race’s final furlong, when it made a stunning run for the roses – paid out $163.60, second in the history of the Triple Crown’s first jewel again to Donerail.

The Rick Dawson-owned Rich Strike is considered the derby’s biggest modern upset since Mine That Bird in 2009, who won at 50-to-1 odds. Mine That Bird went on to finish second in the Preakness and third in the Belmont Stakes.

Trainer Eric Reed summed up his horse’s odds himself.

‘Small trainer, small rider, small stable, he should have been 80-1,’ Reed said. ‘And so anybody that’s in this business, lightening can strike.

Trump arrived at Churchill Downs for his $75,000-per-person fundraiser around 6 p.m. His entrance was shielded from the general public and the press.

He was ushered into the track through a side hallway that had been used by caterers and staff, where his entourage erected an American flag and a Kentucky flag to greet him.

Before he arrived, staff pulled curtains to corral the press and public away, guarded by FBI agents in camouflage with automatic rifles.

Whispers of Trump´s arrival passed through the crowd that backed up for twenty minutes. Some shouted his name, ‘Trump, Trump, Trump.’ Others seemed irritated at the delay.