According to court records, Letitia James received roughly 36,000 papers from a real estate company that has evaluated many Trump Organization properties.

Following its refusal to comply by a subpoena from James’ office, the world’s largest commercial real estate firm Cushman & Wakefield was found in contempt last month. 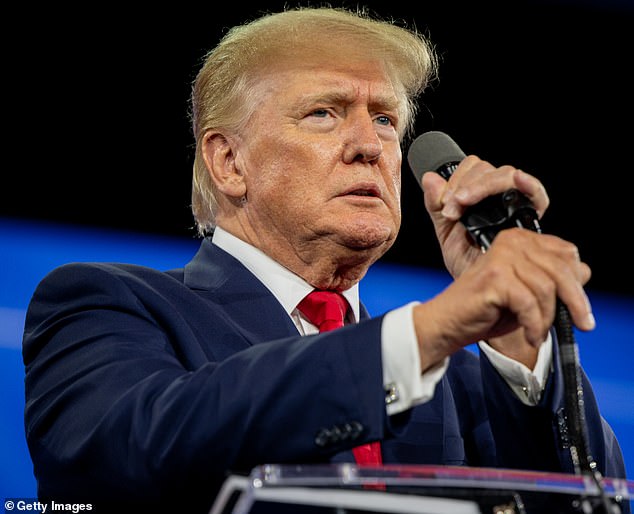 In the continuing civil investigation, James’ team claims to have found “strong evidence” of tax fraud dating back more than ten years.

Additionally, in a letter to Engoron sent on Friday, prosecutor Austin Thompson said that they had received Cushman’s production, which totals around 35,867 documents since the entry of the court’s contempt order.

The August 5 letter says they are more than delighted with what Cushman & Wakefield has delivered, despite the fact that it is silent on details on the papers. Thompson requested that the court dismiss the contempt allegation “without any penalty due or payable” in a letter to Engoron, stating that the real estate company was in “full compliance” with James’ demand.

NBC News was the first to report on the most recent court filing.

James’ office has been contacted by DailyMail.com for comment.

James’ office is looking into the possibility of filing a civil case against the Trump Organization for allegedly inflating the worth of its properties in order to get advantageous loans and agreements and then devaluing those appraisals in order to pay less in taxes.

Trump has up till now continuously denied any wrongdoing and called James’ inquiry and James herself a “witch hunt” and a “racist.”

Despite Trump’s indications that he may make an early announcement on a future presidential bid in 2024, the trial is still ongoing.

In a January deposition, his son Eric Trump reportedly used the Fifth Amendment more than 500 times, according to James’ office.

The president’s children, Ivanka Trump and Donald Trump Jr., as well as Trump himself, have been the subject of a subpoena dispute in the lawsuit.

The three parties’ originally planned July 15 deposition was unexpectedly postponed after the untimely passing of Ivana Trump, who was Donald Trump’s first wife and the mother of his three oldest children.

No new date was made public, but earlier this month, individuals familiar with the inquiry told NBC News that Donald Trump Jr. and Ivanka Trump had meetings with prosecutors in the weeks after the passing of their mother.

According to reports, neither person used their Fifth Amendment privilege against self-incrimination when giving a sworn testimony.

According to the Thursday report, the former president is anticipated to be removed from office in the following weeks.