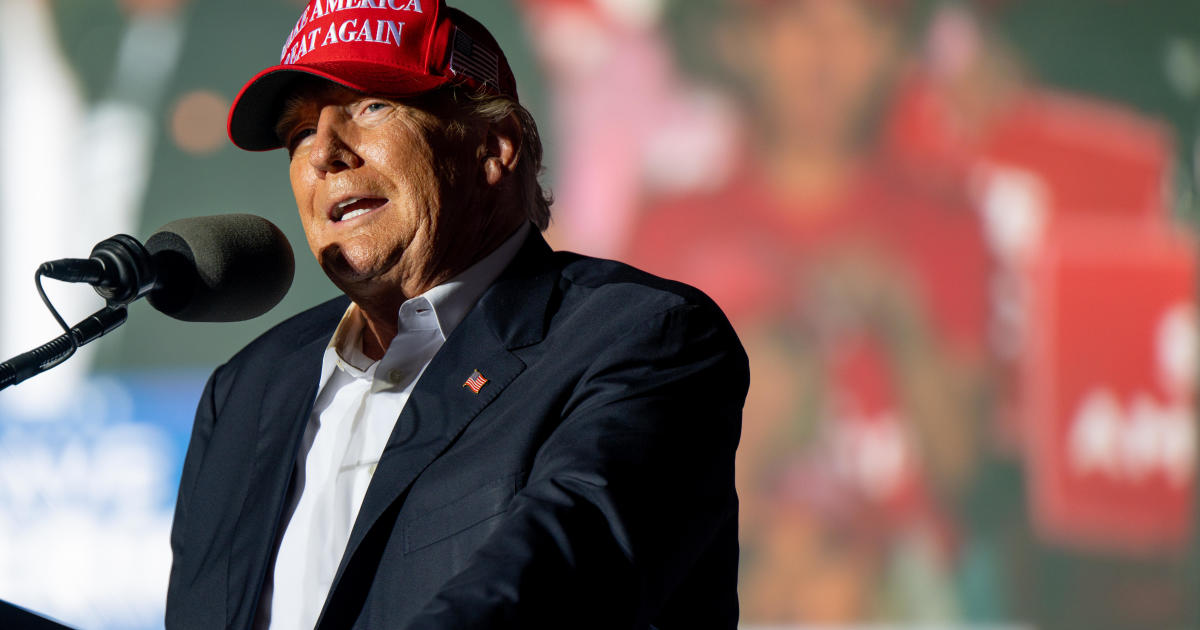 Former President Donald Trump is bringing his struggle to conceal many years of his personal tax returns from House Democrats to the Supreme Court, filing an emergency petition with the high court on Monday in an effort to halt the impending release.

Trump’s legal team wrote: “This case raises critical considerations regarding the separation of powers that will effect every future president.” “The aim of the Committee’s request for President Trump’s tax returns has nothing to do with financing or personnel difficulties at the IRS, and everything to do with releasing the President’s tax information to the public.”

The full federal appeals court in Washington, D.C. denied the former president’s plea to revisit a three-judge panel’s verdict against him last week.

The D.C. Circuit Court of Appeals concluded, seemingly without dissenting votes, that Trump’s appeal against the House Ways and Means Committee should not be reheard en banc and that the decision to permit the disclosure of his tax information to the committee could not be stayed until further action.

The three-judge panel of the D.C. appeals court ruled unanimously earlier this year that the committee had the right to obtain several years of Trump’s tax returns, rejecting the former president’s claims that the committee’s multiple requests for the records were unconstitutional and lacked a valid legislative purpose.

The judges wrote in August, “This is a feature of our democratic republic, not a bug.” “While it is possible that Congress may attempt to threaten the sitting president with an invasive request after leaving office, every president takes office knowing that he will be subject to the same laws as all other citizens upon leaving office.”

Trump said in his filing with the Supreme Court on Monday that the contested questions are still unresolved and require review by the highest court. “”Congress has never before used its legislative authority to seek a president’s tax returns,” his attorneys argued. “Left unreviewed, the D.C. Circuit’s judgment will have far-reaching consequences. It would establish a significant (though wrong) precedent for the political branches moving ahead, binding in the circuit where the majority of controversies over congressional information requests must be contested.”

In 2019, Massachusetts Democrat and committee chairman Rep. Richard Neal demanded the Internal Revenue Service (IRS) provide over Trump’s tax documents for the previous five years. The Treasury Department, which was under Trump’s authority at the time, declined to comply despite the fact that Congress has the ability to seek the tax documents of specified persons from the IRS.

Neal and the Ways and Means Committee filed a lawsuit, followed by a presidential transition and a repeated request for the tax data in 2021.

Trump’s court challenge against the committee was tossed by a federal judge in 2017, the first in a run of legal defeats for the former president as he attempted to keep his tax information from Congress.

In 2021, Trump appointee Judge Trevor McFadden said, “A lengthy line of Supreme Court rulings calls for significant deference to facially acceptable congressional inquiry.” “Even the extra consideration given to former presidents cannot affect the decision. Therefore, the Court will dismiss this case.”

Trump requested on Monday that the transfer of his financial data from the IRS to the committee be halted until further legal review.

This is not the former president’s first attempt to protect his financial records from Congressional inspection. In 2019, the House Oversight Committee issued a subpoena to Trump’s former accounting company, Mazars, requesting many years’ worth of financial documents. A lengthy legal battle occurred, with Trump and the Committee reaching a deal earlier this year. The documents were handed over by Mazars in September, according to The New York Times.