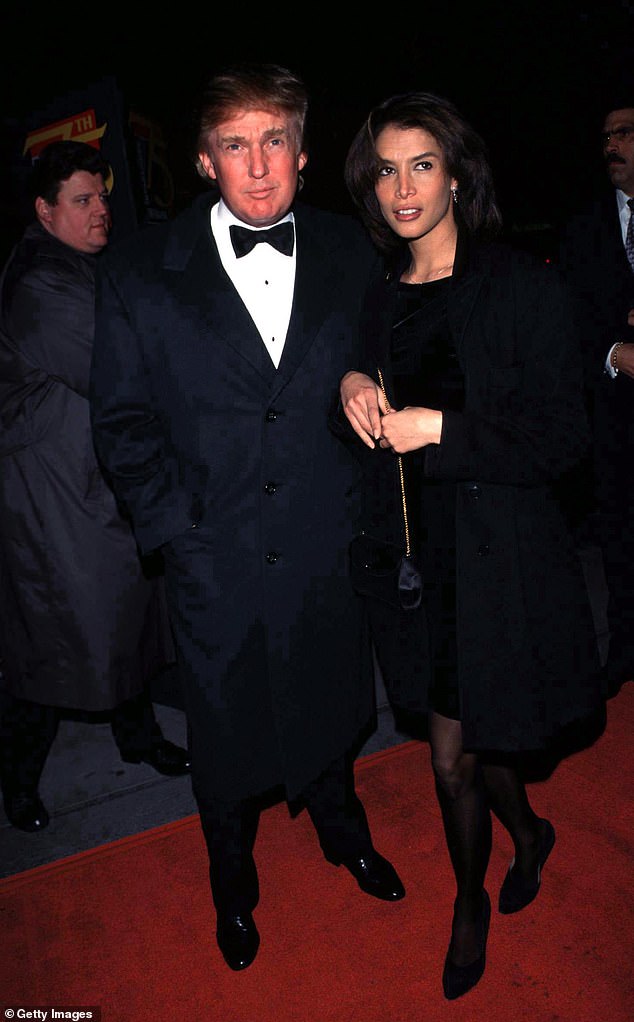 According to a new book, the former president reportedly jokingly said that his biracial model ex-girlfriend received her “intellect” from her white father and her “beauty” from her black mother.

Trump told his then-girlfriend shortly after meeting Young’s parents that Young inherited her good looks from her black mother and her “brain” from “her dad, the white side.” Young did not laugh at the joke that the previous president made.

After meeting in the New York’s Hamptons, Young and Trump went on to date from around 1997 until 1999. In 1998, while still divorcing his second wife Marla Maples, he met and began seeing former first lady Melania, another model, and it seems that their relationships overlapped at that time. Till their 2005 nuptials, Trump and Melania Knauss had a sporadic relationship.

The latest narrative comes from the book Confidence Man by Maggie Haberman, a writer for the New York Times. Rolling Stone broke the story first.

Young backed Trump in 2017 when he was accused of being racist.

She told the Times, “I never heard him express a harsh statement about any ethnicity of people.”

When asked whether he shared white nationalist beliefs, she responded: “That was not my experience.”

Prior to his marriage to first lady Melania Trump, the president, who has been married three times, was infamous for courting models.

Young described another instance in which Trump expressed astonishment that Serena and Venus Williams brought a racially diverse audience to the U.S. Open because he had assumed black people were disinterested in tennis in a 2017 interview.

Trump hosted a reception at the White House in January 2017 to meet with congressional leaders, according to another incident described in Haberman’s book.

The previous president once mistook a group of ethnically diverse staff members for the wait staff and requested them to bring out the hors d’oeuvres.

Trump questioned the wait staff, “Why don’t you get the food?”

Reince Preibus, who was then the White House chief of staff, quickly corrected Trump’s error by informing him he had just spoken to senior congressional officials and pointing to the genuine wait staff.

Former national security advisor John Bolton made the intriguing insight that Trump once told him he preferred to terminate any relationships with women rather than being rejected, which then-chief of staff John Kelly considered to be telling.

Trump said to Bolton that he never liked it when the women he dated ended their relationships with him; he always preferred to initiate the breakup. (When I told Kelly later, he remarked it was “quite illuminating,” according to Bolton’s account)