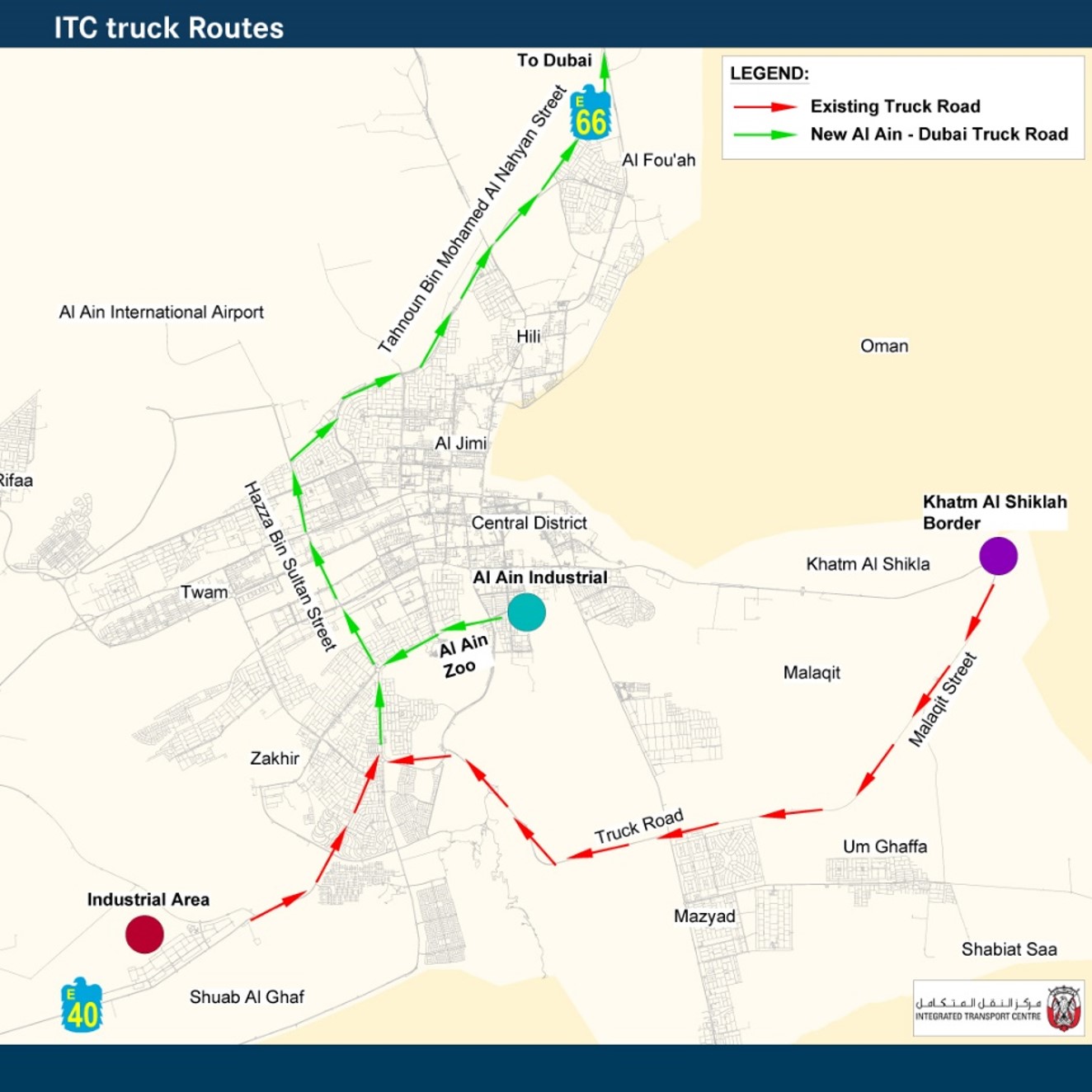 The Integrated Transport Centre (ITC), in cooperation with Al Ain Municipality and Abu Dhabi Police, announced that trucks are permitted to use Al Ain-Dubai Road – E66 off-peak hours from 10:00 PM to 6:00 AM. This is in aim of enhancing the commercial movement between the emirates.

ITC noted that the other rules prohibiting trucks from using other roads, are still effective. Trucks are still not permitted to use Al Shiwayb Street towards northern emirates until the current construction work is completed.

ITC stated that this step follows the wise leadership’s guidance to promote investment and provide the suitable infrastructures to facilitate the commercial activity between the emirates. That is in addition to supporting the trucks traffic and enhancing the level of traffic safety. ITC pointed out that with allowing trucks to use Al Ain-Dubai Road (E66), time and distance spent on these trips will be shortened, operational cost will be reduced and the roads infrastructure will be preserved.

ITC urges drivers not to park their vehicles in undesignated parking spaces. ITC has also pointed out that trucks are not allowed in residential areas and that drivers should not park their vehicles in these areas. That is in order to ensure the public’s safety, preserve the infrastructure and prevent pollution.


According to the federal traffic law, penalties are enforced against trucks which do not comply with the determined timings to use the roads or exceed the weight limit allowed; 45 tons for each truck.

ITC calls upon all operating companies working in trucks transport to follow the highest safety standards and abide by the rules in using the designated roads along with obtaining the required permits.