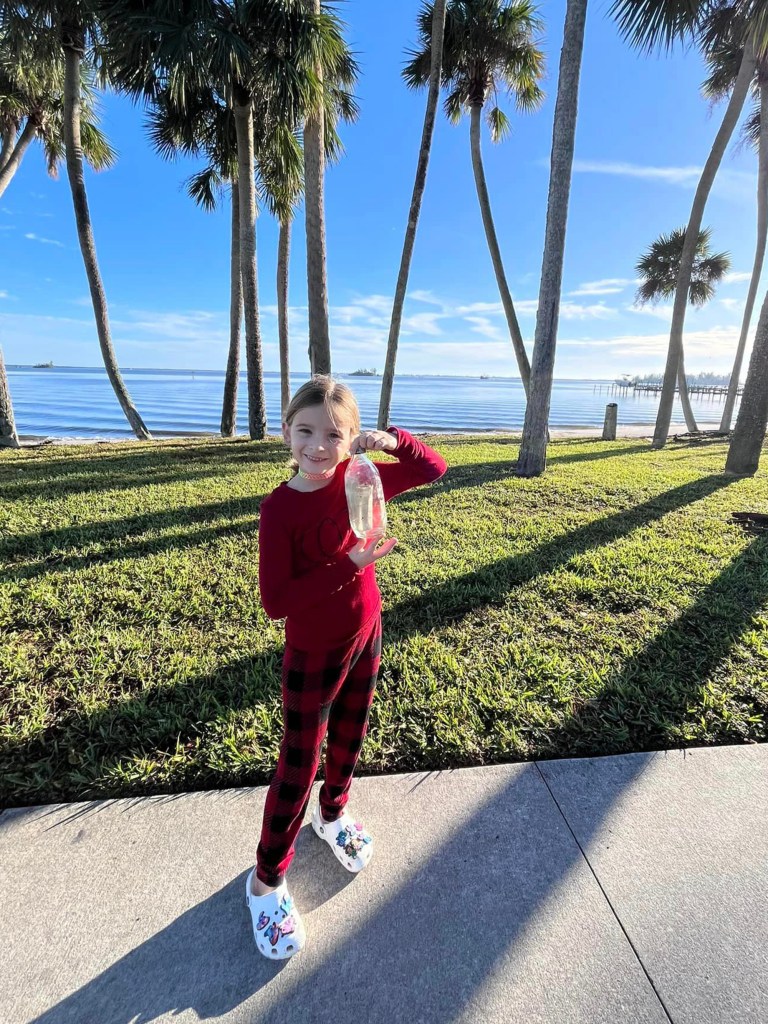 According to WLKY, a message in a bottle was discovered on a Florida beach, and the note was reunited with the Kentucky man who threw it into the water 37 years before.

In 1985, 10-year-old Troy Heller from Mount Washington scribbled the message, placed it in a glass Pepsi bottle, and threw it into the Atlantic Ocean from Florida’s Vero Beach.

13 miles from the pier where Heller released it, it washed ashore on the beach in Sebastian, Florida, on November 13, following the devastation of Hurricane Nicole.

The nearly 40-year-old artifact was discovered by two instructors who were cleaning up the region after a storm.

They decided to give the bottle to Katie and Annie Carrmax, who were walking in the area with their two young girls, when they encountered the family.

The accompanying message stated, “Please phone or write to me if you discover this.”

They searched online for Heller’s contact information and ultimately texted him a photo of the letter.

Heller stated, “As soon as I saw it, I remembered composing it.”

The original letter is currently displayed in his home.

He stated, “It’s something you never imagined would occur.” “I figured I would simply toss it into the ocean and see where it went, you know? It’s incredible that it has finally returned.”

»Troy Heller reunites with message in a bottle after 37 years«