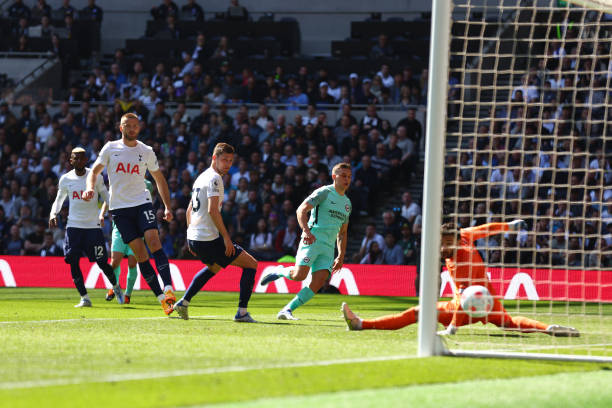 Leandro Trossard’s superb late goal gave Brighton a win that dealt a blow to Tottenham’s hopes of finishing in the top four.

Following a game of few clear-cut chances, Trossard swerved into the Spurs area in the final minute of normal time before producing a fine finish past Hugo Lloris.

Spurs stay in fourth, just ahead of Arsenal, while Brighton – in 10th – are on course for their highest-ever top-flight finish.

Graham Potter’s side enjoyed the better of a first half where Spurs looked oddly sluggish despite not having played for nearly a week. But after the hosts appeared to improve in the second half, they were undone by a combination of poor defending and fine skill from Trossard.

The Belgian eluded Eric Dier before opening up his body to send a shot with the outside of his right foot low into the far corner of the net.