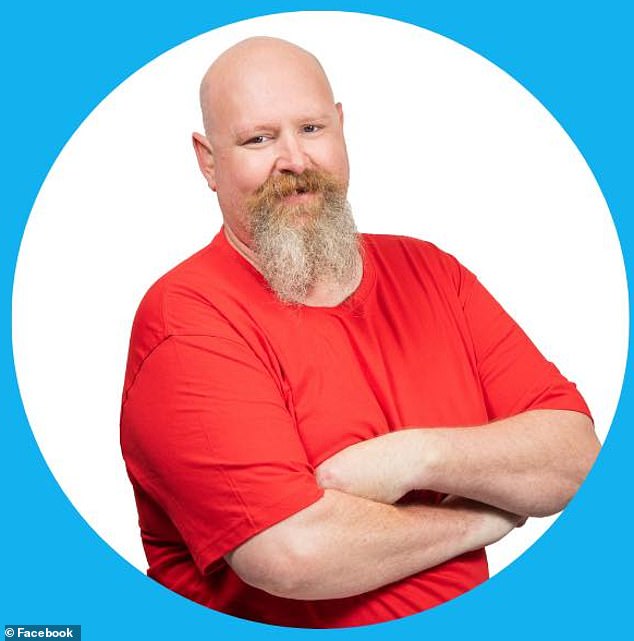 An incredibly popular shop employee at an Australian Kmart store was awarded $2,000 for “never failing to make customers smile,” and he donated the money to charity.

On most days, Travis Martin can be found near the entrance of the Cairns Central Kmart in North Queensland, where he greets customers and offers shopping assistance.

The shopping mall created a shortlist to recognize unsung heroes for International Men’s Day, and the affable giant topped the list on Friday after garnering an overwhelming number of votes – 3,000 more than the runner-up.

The center stated, “Travis has become a well-known member of the community and is a customer service hero due to his vivacious energy and friendly disposition.”

He donated the entire $2,000 reward to Cancer Council Queensland, according to the report.

Mr. Martin complimented the community and remarked that he enjoyed making people happy.

Fans flocked to social media to express their support for the local celebrity, with more than 800 people praising him nearly unanimously.

‘Trav is a legend! Always compliments individuals and exudes such great energy that I can’t help but smile whenever I leave Kmart when he is there,’ remarked one customer.

“This man, I swear! Because of Travis, I enjoy visiting to this Kmart whenever I visit Cairns. I live 1.5 hours away,’ stated a third individual.

He was eventually recognized! Always makes my day. I once encountered him in public and told him how much he brightens my day… He told me, “You never know what someone else is going through, so always be kind.” Added a third, “He is an honest, kind man.”

A fourth wrote, “Such a kind and helpful man helped me out once while I was extremely pregnant and out shopping.”

The center stated that it was celebrating International Men’s Day to promote positive role models and increase awareness of men’s health.

We would like to thank the five finalists for their diligent services to the Cairns community and the organizations they support.

Founded in 1992, International Men’s Day is observed in more than 58 nations on November 19.