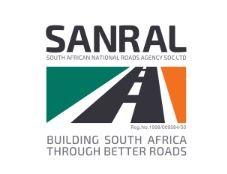 The Ministries of Transport and Public Enterprises, have dismissed articles published by the Independent Newspapers group in relation to contracts worth R17.4 billion by the South African National Roads Agency Limited (SANRAL).

These contracts were in relation to strategic projects that are critical in growing the country’s economy as part of investments in infrastructure.  The tenders were not approved to be awarded due to a material irregularity in the tender process where a resolution made by the Board in January 2020 was not implemented in the evaluation of the said tenders.

However, the articles published by the Independent Newspapers group claimed that Transport Minister Fikile Mbalula and Public Enterprises Minister Pravin Gordhan allegedly fell out over the R17 billion contracts.

“For the past three days, various titles of the Independent group have published a series of patently false front-page stories regarding Mbalula and Gordhan,” a joint statement by the Ministries of Transport and Public Enterprises said on Friday.

The Ministries said the articles make accusations, with no factual basis, that Minister Gordhan has improper, corrupt relationships with service providers of the SANRAL, that “Gordhan interfered” in SANRAL tenders to benefit a private company and that there is disunity and divisions in Cabinet.

“These events, which according to the group’s newspapers, are based on the mythical accounts of anonymous ‘SANRAL and government sources’, apparently occurred at a Cabinet meeting on 18 May 2021, where, the public is told, the two Ministers ‘fell out’ about SANRAL contracts,” the Ministries said.

The Ministries have dismissed the claim as false as Gordhan did not attend the Cabinet meeting because of other responsibilities.

“Secondly, Minister Gordhan has no business or personal interest in, or with any company that does business with SANRAL. Thirdly, he has no authority at all over SANRAL or its procurement processes – the entity reports to Minister Mbalula.

“This joint statement demonstrates clearly that there is mutual respect and collegiality between the two Ministers as Cabinet colleagues. Both serve in Cabinet at the pleasure of the President, and both are unequivocally committed to carrying out their mandated duties, with professionalism and in the interest of the country,” the Ministries said.