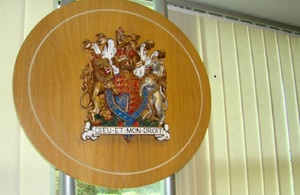 The Traffic Commissioners hear appeals relating impoundments that the Driver and Vehicle Standards Agency (DVSA) has made, despite the fact that this is frequently disregarded. The three cases listed below were chosen by Kevin Rooney, the West of England’s traffic commissioner, to exemplify some of the various grounds for denial.

In the first instance, the appeal is turned down because the operator continued to utilise their licence after it had expired.

The second situation depends on whether the finance business, who is acknowledged as the real owner, is aware of the illicit activities. They are discovered to exhibit a high level of responsibility.

The commissioner said “It is unconscionable for the owner of this vehicle to defeat the purposes of the regulations by shutting their eyes to the obvious, and I find that they have exhibited a wilful and reckless failure to make such enquiries as an honest and reasonable person would make. That goes well beyond mere negligence and I find a high degree of fault on the part of Haydock Finance Ltd.”

Due to the commercial procedures of the corporations involved, the third case’s ownership of the automobile is also in question.