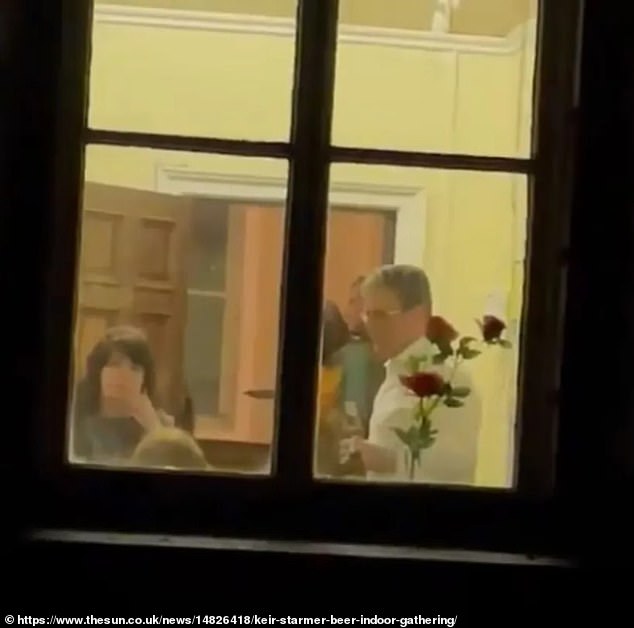 Sir Keir Starmer could face a fresh police probe for having a beer with colleagues during lockdown in the wake of the Partygate fine handed to Boris Johnson.

The Labour leader was photographed ‘drinking and socialising’ in an MP’s office when households were banned from mixing indoors.

But the force is under pressure to reopen the case after Scotland Yard began handing out fixed-penalty notices to politicians and officials for breaking Covid laws while working in Downing Street and Whitehall.

The Prime Minister and Rishi Sunak have been fined £50 each for gathering in No 10 in June 2020 so Mr Johnson could be wished happy birthday. More penalties will be issued next month.

He said there was a strong public interest in reassessing the Labour leader’s case in light of the fines issued to the PM and the Chancellor.

Mr Holden added: ‘I do not believe the photographed activity meets the “functional but not social” test in the guidance on political campaigning in campaign rooms.’

When the images emerged in January, Sir Keir said: ‘We stopped for something to eat and then we carried on working. No party, no breach of the rules and absolutely no comparison with the Prime Minister.’