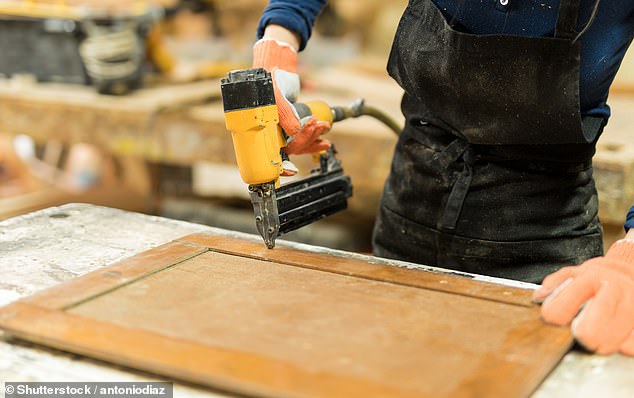 On a construction job, a senior colleague discharged a 7.5cm nail into the head of a teenage carpenter trainee, resulting in a $100,000 fine for the company.

This month, Ringwood Magistrates Court was informed that the 16-year-old was wounded while working for Topline Carpentry South East Pty Ltd in Victoria in March 2021.

Earlier on the same day, he sustained a serious cut to his hand when a senior colleague hurled an electric reciprocating saw at him instead of delivering it to him.

7News reported that other personnel bandaged the cut and continued work at the Glen Waverley construction site, but no report was ever filed with WorkSafe.

A few hours later, the apprentice and senior carpenter were constructing a door frame when a nail shot from a nail gun “perforated and broke the wooden top plate of the door frame” and struck the adolescent working below.

The nail penetrated the 16-year-skull old’s 40mm and his brain 20mm, necessitating emergency surgery and a week in the hospital.

The injury has left him with a scar on his skull and ongoing agony.

WorkSafe was only made aware of the second occurrence when Victoria Police were summoned to the hospital to question the trainee.

Before WorkSafe’s investigators arrived, the company removed all tools from the site, with the exception of the nail gun in question, according to WorkSafe.

Topline was found to have committed eight violations, including neglecting to report both instances and hindering the investigation by deleting the tools.

In a separate hearing, the senior carpenter pled guilty to failing to exercise reasonable care for the health and safety of a coworker and received a $500 fine and $1,000 in costs.

WorkSafe’s executive director of health and safety, Narelle Beer, stated that the prosecution sent a clear message to “employers, coworkers, and families that this type of treatment and conduct is unacceptable.”

In March of 2022, Topline folded and went into liquidation.

»Topline Carpentry South East was fined $100,000 for assaulting a teenager with a nail gun«