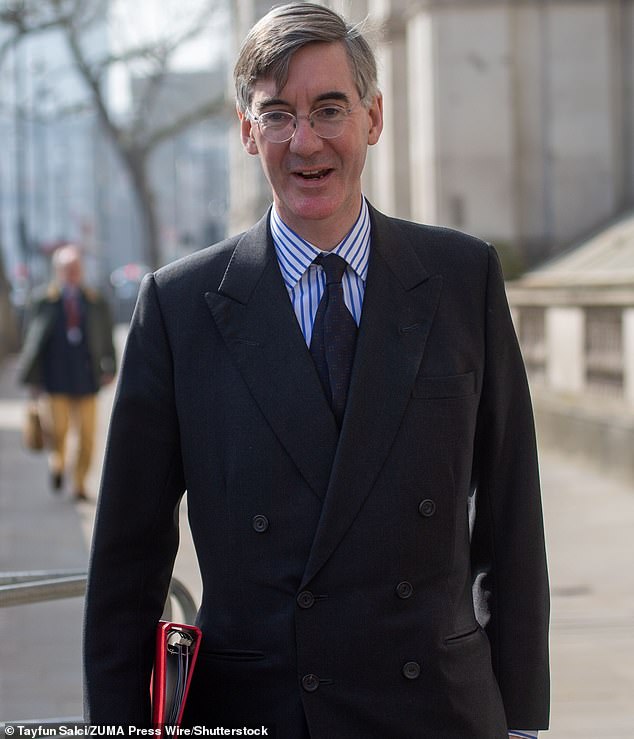 Civil service leaders are facing new calls to get Whitehall officials back to their offices as it was revealed many high-paying roles are still being offered on a work from home (WFH) basis.

Jacob Rees-Mogg, the Cabinet minister for Brexit Opportunities and Government Efficiency, is currently leading a government drive to end WFH practices among civil servants after the Covid pandemic.

He has declared that those who refuse to return to Whitehall could risk losing their jobs in London.

But, despite those efforts, it has been revealed how large salaries are still being offered to new civil service recruits even without the need to attend an office every day.

The Sun reported that 21 highly-paid London roles are being advertised – across different Government departments – that will allow for ‘flexible working’.

Civil service guidance states that ‘flexible working’ can mean that ‘it might be possible to do some or all of the work from home or anywhere else other than the normal place of work’.

One job being advertised on a ‘flexible working’ basis is a Cyber Director role within the Cabinet Office, with a salary of up to £160,000 per year.

Some of the job adverts are even more explicit in their offer of home-working.

So-called ‘Levelling Up Directors’ in Michael Gove’s Department for Levelling Up, Housing and Communities are being offered salaries up to £144,000.

The advert states that the department, including for roles based in London, offers ‘hybrid working, so you can mix office working from multiple locations and remote working’.

A job as a Principal Private Secretary at the Department for Business, Energy and Industrial Strategy, worth up to £118,000 a year, is also advertised with the message: ‘BEIS does not normally offer full home working (i.e. working at home); but we do offer a variety of flexible working options (including occasionally working from home).’

Former Conservative leader Iain Duncan Smith told the newspaper: ‘It’s time for civil servants, particularly senior ones, to get back to the office.

‘They need to come back to teach younger people and show them the way. We are social animals and exchange ideals outside formal meetings.’

In his drive to get civil servants back to offices, Mr Rees-Mogg was revealed to have been conducting personal headcounts of officials in some Whitehall departments.

He has also left notices in Government offices for civil servants not at their desks, which read: ‘Sorry you were out when I visited. I look forward to seeing you in the office very soon.’

Asked about those notes today, Mr Rees-Mogg told GB News: ‘There’s certainly a place for working from home, it works in some instances.

‘But I know that people are having difficulties getting government services; getting driving licences from DVLA, there’s a delay with some passports.

‘We need people whose jobs are dependent on being in the office back in the office. The rest of the country is getting back to normal and I’m encouraging the civil service to do the same.’

He also insisted that Mr Rees-Mogg’s efforts were ‘driven by getting the very best value for taxpayers and I support him in doing that’.

Mr Dowden paid tribute to ‘hardworking civil servants’ for their contributions during the Covid pandemic, but suggested many should now return to their offices.

‘They worked tirelessly day and night to deliver solutions,’ he added.

‘They did so working from home, as indeed I did. But the world has changed since then.

‘As we learn to live with Covid, I think if we really want to serve the British people best, one of the things we need to do is have that collaboration, that kind of sharing ideas that comes from working in the office.

‘So, Jacob’s efforts are driven by getting the very best value for taxpayers and I support him in doing that.’

A Government spokesman told the Sun: ‘Ministers have been clear that departments should make maximum use of office space and progress is being monitored.’

Earlier this week, Western intelligence agencies warned that Russian state-sponsored hackers are targeting critical infrastructure – and cautioned that home-working increases the risk of a successful attack.

They cautioned about the use of remote desktops and ‘other potentially risky services’.