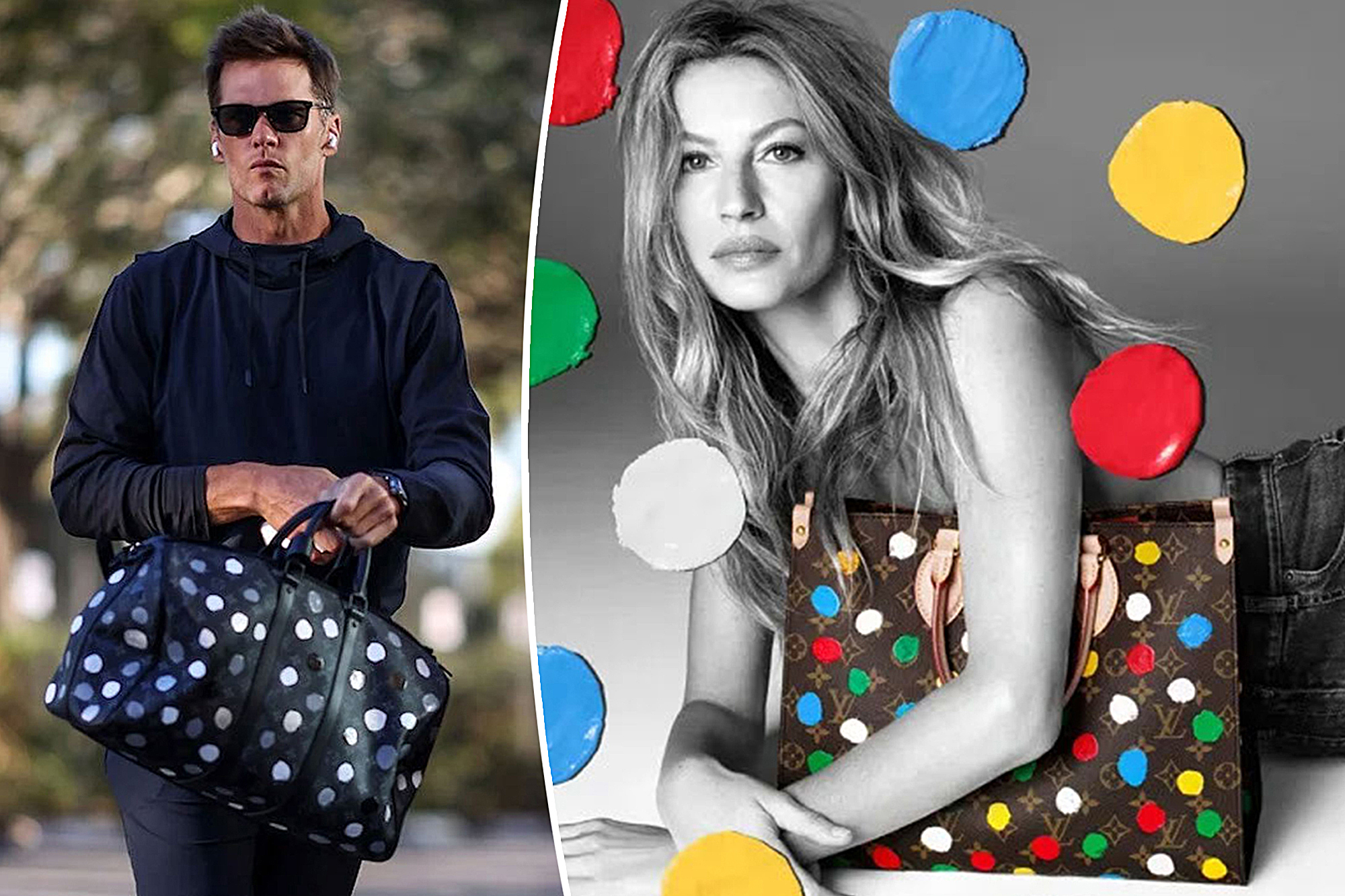 Before Monday’s season-ending loss, the 45-year-old quarterback of the Tampa Bay Buccaneers was seen carrying a Louis Vuitton duffel bag that was featured in a campaign starring his ex-wife, Gisele Bündchen.

According to the French fashion brand, Kusama was obsessed by dots even as a child, viewing them as a statement of uncertainty.

Whether or not he felt uncertain about this week’s game (or his divorce), the NFL player was effortlessly chic in black track pants, a black sweatshirt that matched his bag, dark sunglasses, and black sneakers.

As for his ex-wife, the new Louis Vuitton campaign marked Bündchen’s return to modeling following the couple’s divorce, with the 42-year-old supermodel posing topless in jeans.

The mother of two was spotted working out with her trainer (and alleged love interest), Joaquim Valente, in Costa Rica over the weekend. Since her October divorce from Brady after 13 years of marriage, she has maintained a low profile.

However, Bündchen made a shimmering fashion statement in a gold gown on her first red carpet appearance after her divorce last month, when she attended an anniversary gala for jewelry firm Vivara in her native Brazil.

With the NFL season gone and fashion week approaching, it’s possible that these ex-lovers could encounter each other in the front row rather than the sidelines in the coming months.