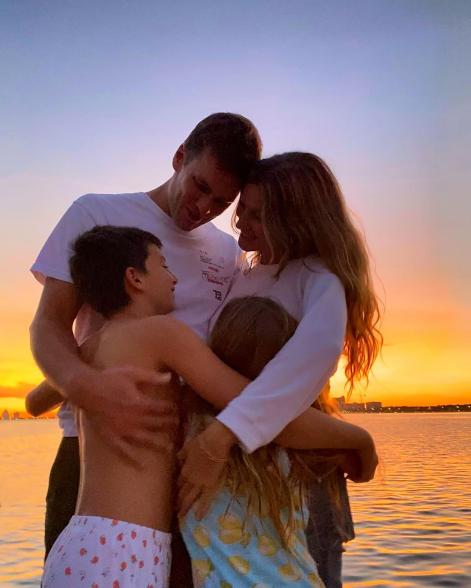 Tom Brady has education in mind.

Page Six has learned exclusively that the Tampa Bay Buccaneers quarterback was recently observed exploring Miami Country Day School as a potential school for his children.

Video obtained by Page Six shows Brady, dressed in khakis and a blue button-down shirt, touring the school’s facilities with one of its administrators. A security guard closely followed the pair from a distance.

As an athlete, Brady carried a large water bottle with him in the event that he became dehydrated.

Brady, 45, and Bündchen, 42, have two children together: Benjamin, 13, and Vivian, 10. Brady also has a 15-year-old son with his ex-girlfriend Bridget Moynahan.

The former couple had planned to move to “billionaire’s bunker” Indian Creek Island in Miami, but their unexpected divorce halted the move and construction of the property.

Instead, the former Victoria’s Secret model purchased a $11.5 million property in Miami just across from Brady’s home.

The NFL player’s property overlooks Biscayne Bay, whereas Bündchen’s new residence is in Surfside, virtually directly across the small waterway.

An insider told Page Six in November, “You could literally swim from Gisele’s place to Tom’s — not that they would — but both homes will include a dock, so it would be very easy for them to co-parent their children while living so close to each other.”

The former couple has joint custody of their children following their divorce on October 28. They had been married for 13 years and had lived together for 15.

The breakup of their marriage was finalized the same day because Brady did not challenge the paperwork.