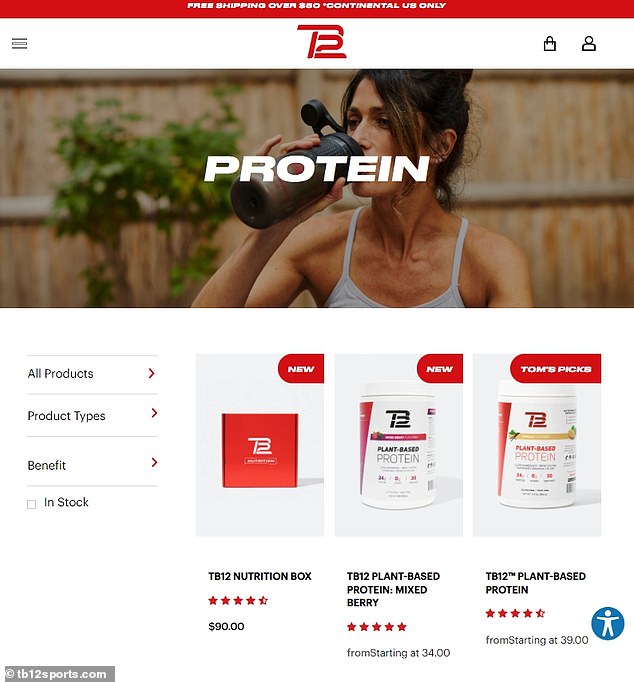 The exact date of Tom Brady’s eventual retirement remains a moving target, but his post-NFL career plans are finally taking shape: the seven-time Super Bowl champion is headed to the broadcast booth.

Fox CEO Lachlan Murdoch has revealed the Tampa Bay Buccaneers quarterback will be Fox Sports’ top NFL analyst at some point in the future. Whether that’s after the upcoming season, when Brady will be 45, or sometime after remains unclear.We are delighted that Tom has committed to joining the Fox team and wish him all the best during this upcoming season,’ said Murdoch, the 50-year-old son of media mogul Rupert Murdoch.

The five-time Super Bowl MVP will also work as a ‘brand ambassador’ for Fox, focusing on ‘client and promotional initiatives.’

Brady famously announced a comeback in March after just 40 days of retirement, saying he would return for a 23rd season in 2022.

And on Tuesday, he re-emphasized his commitment to the Buccaneers this season.

‘Excited, but a lot of unfinished business on the field with the @Buccaneers,’ Brady tweeted. Of course, Brady already has some other gigs besides football and his budding broadcast career.

In addition to serving as a spokesman for brands such as Under Armour, he sells athletic gear and nutritional products through his own company, TB12. Last year, he co-founded a sports-centric NFT venture, Autograph, and previously launched a production company, 199 Productions.Last month, Brady revealed his new line of golf clothes, and has partnered with University of Texas golfer Cole Hammer and Wake Forest’s Michael Brennan by signing the pair to endorsement deals.’

‘We partnered with Cole and Michael, both exceptional athletes, to represent this collection and further demonstrate our commitment to supporting the next generation of youth athletes who embody the spirit and ethos on which our brand was founded,’ Brady said in a statement.

The agreement is permissible because the NCAA now allows its athletes to get compensated for use of their name, image, and license.

Brady, a frequent competitor at celebrity golf events, is selling the collection exclusively on his BradyBrand website with prices ranging from $75 to $195.

It’s just another extension of the growing business empire for the seven-time Super Bowl champion.

The ventures may help his $200 million net worth inch closer to that of his supermodel wife Gisele Bundchen, who’s worth a reported $400 million, according to CelebrityNetWorth.com.

Trading on his legendary status as one of the most decorated football players of all time, Brady co-founded TB12 Sports with longtime body coach Alex Guerrero in 2013, according to an interview with Guerrero on ONE37pm.

‘TB12 is really a holistic approach to optimize pain management, performance, and recovery, with a focus on nutrition, hydration, and movement – and it can be applied to anyone,’ Guerrero said.

The website sells everything from private consultations with a ‘Body Coach’ to $90 boxes with protein bars and ‘electrolyte packets.’

Non-fungible tokens, or NFTs, are pieces of authentic digital media – photographs, GIFs, etc. – that can be bought and sold.

Autograph’s website describes the company as ‘an NFT platform that brings together the most iconic brands and legendary names in sports, entertainment and culture to create unique digital collections and experiences.’

In July, the company announced a partnership with Lionsgate and digital sports entertainment company DraftKings, along with ‘multi-year, exclusive NFT deals with an all-star roster of iconic athletes including Tiger Woods, Wayne Gretzky, Derek Jeter, Naomi Osaka and Tony Hawk.’