Skip to content
Go Home «» News «» Breaking News «» To stay in the AFC West race, the Chargers must defeat the Chiefs 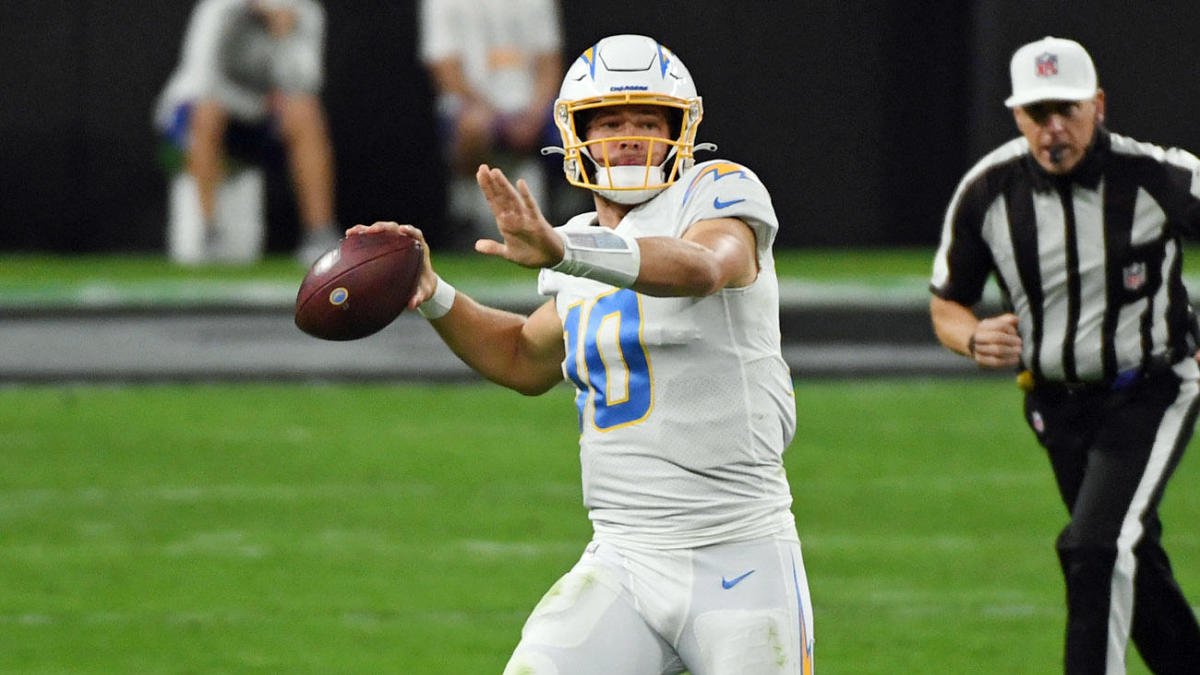 Incredibly, just 11 weeks into the NFL season, the Chiefs can unofficially clinch the AFC West with a victory over the Chargers in Inglewood, California, on Sunday night.

The Chiefs, who have won three consecutive games, enter Sunday with a two-game lead over the Chargers with a 7-2 record (5-4). Following them are the Broncos (3-6) and Raiders (2-7).

This makes Sunday’s game a type of final stand for the Chargers, who have already lost to Kansas City once this season. A victory would give the Chiefs a comfortable three-game lead plus the tiebreaker over the Chargers with just seven games remaining.

Since 2019, Kansas City has compiled a stunning 26-3 record in games played in November or later. And the Chargers are 0-3 against clubs with a winning record this season. This bodes poorly for the Chargers.

Neither does their injury situation, as their best receivers are hampered by ailments. Mike Williams has missed the last two games with a high right ankle sprain, while Keenan Allen has only participated in two games due to a left hamstring injury.

This week, both players returned to practice on a limited basis and their status remains uncertain. Clearly, their absence has hindered quarterback Justin Herbert’s ability to advance the offense.

Although DeAndre Carter and Joshua Palmer have shown flashes at times, neither is a deep danger like Allen and Williams, and most of Herbert’s throws have been short screens and checkdowns.

The Chargers are hopeful that Keenan Allen (left) and Mike Williams can play against the Chiefs.
Associated Press; Getty Images

Brandon Staley, head coach of the Chargers, told reporters regarding the likelihood of getting his top two receivers back, “I’m hoping that it would be invigorating if we can get some guys back.” There has been considerable subtraction. I eagerly anticipate addition.”

Williams is tied for second on the Chargers in receptions and leads the team in receiving yards (495). (37). Three of the last four times he has played Kansas City, he has had at least six receptions and 100-plus yards.

“The other players have stepped up with me and Keenan out, but our return would be huge for the offense,” Williams said.

The Chargers may expect more of running back Austin Ekeler, who has six touchdowns in his previous three games and leads all NFL running backs with 67 catches, due to their receiving troubles.

Mecole Hardman and JuJu Smith-Schuster are both injured for the Chiefs at the wide receiver position, which somewhat balances the scales. Hardman was placed on injured reserve with an abdominal injury on Thursday, while Smith-Schuster has been in the concussion protocol since sustaining a helmet-to-helmet collision against the Jaguars last week. Additionally, Marquez Valdes-Scantling was unwell during the week.

The Chiefs have 245 catches, and Smith-Schuster, Hardman, and Valdes-Scantling have 97 of them. If they are unable to play, Kadarius Toney, Skyy Moore, and Justin Watson will be responsible. Against the Jaguars, Toney had four receptions for 57 yards and a touchdown, and his role is certain to expand.

“For me, it’s all about executing the offense, finding the open man, and getting the ball out of my hands so those guys can create plays,” said Mahomes. “Throughout the year, we’ve observed that these men are capable of making plays in crucial situations. So, we’ll offer them those opportunities while also promoting some younger players.”

The most entertaining matchup in this game will be between Chiefs tight end Travis Kelce and Chargers safety Derwin James, who body-slammed Kelce near the goal line late in the third quarter of their previous encounter.

According to NextGenStats, James has covered Kelce on 36 snaps during their six meetings since the beginning of 2018, and Kelce has been targeted seven times for just four receptions for 14 yards. Kelce has 45 catches for 605 yards and four touchdowns against the rest of the Chargers’ defenses over the same span.

James stated, “I always like playing him.” “He recognizes me, and I recognize him.”

Khalil Mack, a linebacker for the Chargers, has seven sacks and has had success against Kansas City in the past. In 10 contests, he has accumulated 7.5 sacks, including at least 0.5 sacks in six consecutive games.

On the other side, defensive end Frank Clark will return to the Chiefs after serving a two-game ban for breaching the NFL’s personal conduct code.

»To stay in the AFC West race, the Chargers must defeat the Chiefs«