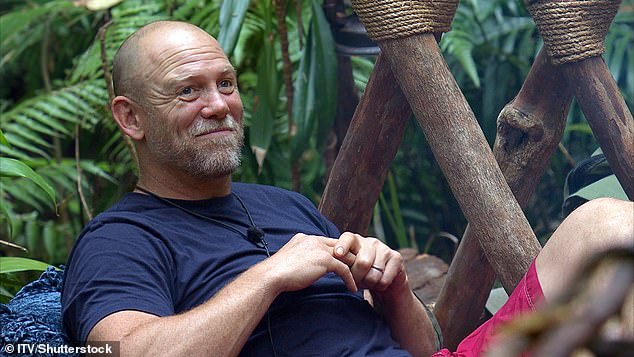 Mike Tindall referred to all politicians on I’m A Celebrity… Get Me Out of Here! as “f**kers.” last night.

On last night’s episode of the ITV show, the former England rugby star, whose wife is Princess Royal’s daughter Zara, made the daring statement about Boris Johnson in conversation with campmates.

Tindall spoke candidly to comedian Seann Walsh, “I believe that all politicians are f**kers.”

He continued, “I mean, for them to even have the conversation just because they’re all Boris fans who didn’t like how Boris was removed and you won’t choose the best person for the position, well, that’s just a perfect example of how politicians are.”

As members of the Royal Family are required to maintain their political neutrality, the remark may raise some eyebrows.

Matt Hancock is currently facing criticism for his choice to fly out to compete on the popular ITV show.

The ex-Health Secretary, who was forced to resign from Mr Johnson’s Government after he was caught breaking Covid lockdown rules with his married aide Gina Coladangelo last year, was expelled from the Tory parliamentary party after it emerged he had agreed to join the line-up for a reported fee of £400,000 – and has been repeatedly chosen to participate in I’m A Celebrity’s gruesome Bushtucker Trials, which include eating squirm

Mike Tindall referred to all politicians on I’m A Celebrity as “f**kers” Get Me Out Of Here!

Matt Hancock has received criticism for flying out to compete on the show.

The former Cabinet minister, who earlier stated that he “does not intend to serve in Government again” after his participation on the show, warned campmates that the political career of former prime minister Liz Truss was “finished.”

During a conversation among the candidates about missing the news from the UK, Sue Cleaver questioned Mr Hancock, “What do you think went wrong, Matt?” regarding Truss’s brief premiership.

Hancock stated, ‘In a way, they were unlucky, in that global interest rates all rose at the same time they introduced a financial statement that said, ‘We’re going to do all these expensive things, but we don’t know how we’re going to pay for them.’

Presenter and real estate expert Scarlette Douglas said, “Will Rishi still be in power?” Hancock responded, “Yeah, he will be.”

In a frank outburst to comedian Seann Walsh, Tindall stated, ‘I mean for them to even have the conversation just because they’re all Boris followers who didn’t like how Boris was removed that you won’t choose the greatest person for the position, that just sums up politicians’

It comes as the Prime Minister continued to criticize Hancock’s decision to enter the Australian jungle, stating that it was not ‘noble’ since he failed to put his ‘constituents and our country’ first.

Mr. Sunak told reporters accompanying him to the G20 summit in Bali, “I believe that at its best, politics can and should be fairly noble.” You must gain the respect of others, right? It is not granted just because one is a politician… It is the responsibility of all members of Parliament to perform the things that deserve the respect of the public, and that includes serving their constituents properly and making a difference in their surgeries.

Yesterday, activists floated a banner above the I’m A Celebrity encampment that read, “Covid bereaved say get out of here!”

Tuesday, the plane carrying a 35-foot banner circled the Australian camp for two hours. It was organized by 38 Degrees, a campaign group that collaborates with Covid-19 Bereaved Families for Justice.

A noise complaint to the pilot, according to the organization, implies that it was heard in the bush.

Despite this, it appears that Mr. Hancock’s luck on the show is beginning to improve, as he has been spared from the Bushtucker trials twice in a row.

He has been chosen six times in a row by the people to endure the harsh challenges.

Also yesterday, Parliament’s standards watchdog reported that scores of complaints have been lodged regarding Mr. Hancock’s decision to leave Westminster to appear on I’m a Celebrity in the Australian jungle.

Kathryn Stone, the Parliamentary Commissioner for Standards, said MPs that her office had received “dozens” of complaints on the former health secretary’s decision to participate in the reality television show.

She stated, “It raises extremely critical questions about the proper actions of members while they are supposed to be carrying out their parliamentary duties and serving their voters.”

One member of the public compared the dignity of soldiers on Remembrance Sunday to that of a former secretary of state, stating that the latter appeared to be anticipating a banquet of animal genitalia and wondering what had become of the dignity of public office.

Ms. Stone, who will soon be leaving her position, stated, “There is no job description for Members of Parliament, but we must consider the tension between public and private interests, bringing the House into disrepute, etc.”

She told the Commons Standards Committee, ‘it does not violate a rule per se, unless we are considering the conflict between personal and public interest and resolving that conflict in the public interest.’

Get Me Out Of Here! continues on ITV.

»Tindall asserts I’m A Celebrity: “All politicians are f*****s”«