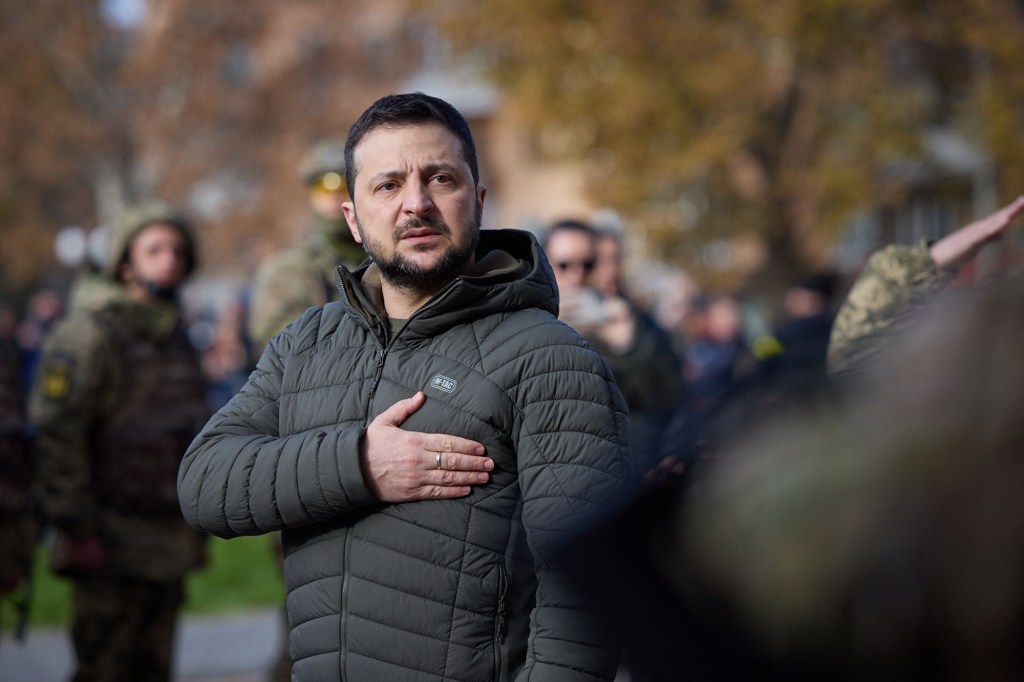 TIME’s Person of the Year for 2022 is Ukrainian President Volodymyr Zelensky, the magazine announced Wednesday morning.

Invasion of Ukraine by Russia on February 24 propelled Zelensky, 44, to worldwide prominence. After over 10 months, he remains a symbol of the nation’s fortitude and resolve in the face of invasion.

Awarded for the first time to pilot Charles Lindbergh in 1927, the prestigious TIME Person of the Year award is given annually to a person who has had a significant effect on the events of the prior year.

The selection of Zelensky is recognized with a special TIME cover and an exclusive interview that appears in both the print double edition and online.

The talk took place in part on a train trip to Kherson, where Zelensky emerged nearly soon following the November withdrawal of Russian soldiers from the region.

During his visit to the freshly freed city of Kherson, Zelensky participated in a flag-raising ceremony.

“They’ve been occupied for nine months, without light, without anything,” he complained.

“As I see it, it is my responsibility to travel there and demonstrate that Ukraine has returned and supports them,” he said.

The interview also focused on Zelensky’s hobbies outside of the job, although he does not have much time to pursue them at now. As a former performer and comedian, he was raised on classic Soviet comedy.

“These are the classics of my generation, but I can no longer watch them,” he said. They repulse me.

This week, Ukrainian forces carried out a number of drone attacks against Russian airfields, which coincides with Zelensky’s recognition. The New York Times reported that despite the government’s policy of secrecy on high-profile strikes, a top Ukrainian official indicated that the attacks originated in Ukraine.

»TIME has selected Ukrainian President Zelensky “Person of the Year.”«