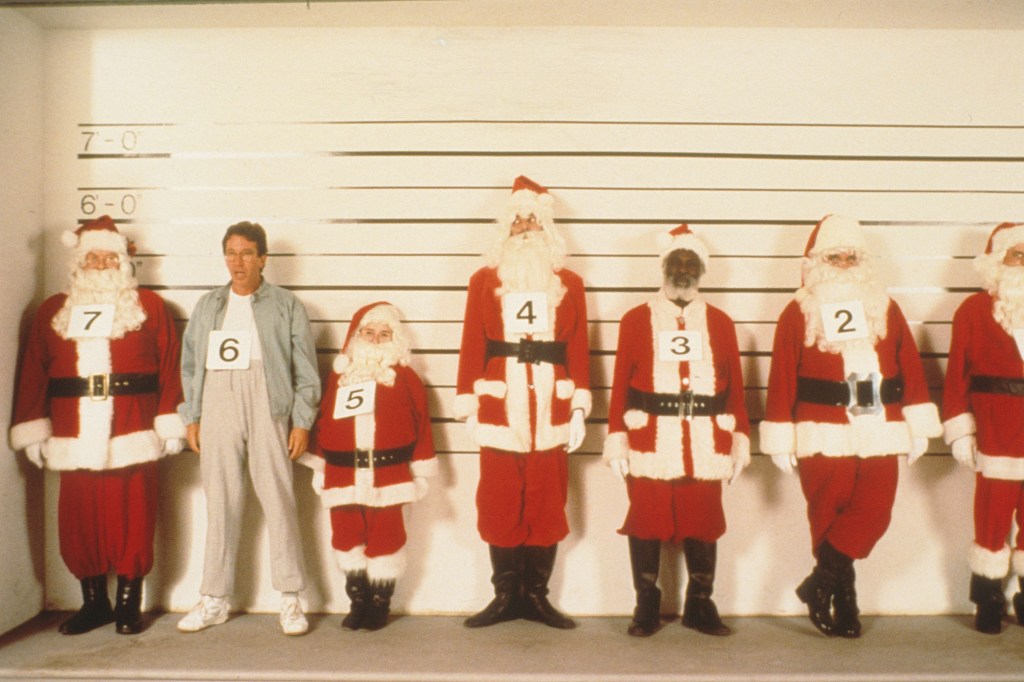 Tim Allen first donned the Santa suit in “The Santa Clause” franchise 28 years ago, and while Scott Calvin may be ready for retirement, the actor is not.

Allen, 69, chatted with Fox News Digital about donning the suit again for “The Santa Clauses” on Disney+ alongside his 13-year-old daughter Elizabeth Allen.

Allen stated, “Seeing my child throughout the summer was the most incredible thing in the world, and I had very little to do with it.”

The “Home Improvement” alumnus stated that filming the series during the summer was “hot and uncomfortable,” but he was pleased to have his daughter portray his character’s daughter on the streaming service.

Elizabeth was originally cast as a background elf on “The Santa Clauses” before being cast as Scott’s daughter, Sandra Calvin-Claus. He stated that he had no influence on his daughter’s casting in the series and wanted to avoid the auditions.

During the readings for the casting, Allen remarked of Elizabeth, “She just kept drilling it.” The situation is analogous to a golfer who continually hits a pitching wedge into the green.

Scene from the 1994 film “The Santa Clause” depicting Tim Allen in a Santa Claus line-up.

When it comes to portraying the joyful figure Kris Kringle, Allen thinks not much has changed in the past 28 years.

“You’re familiar with that suit, but I haven’t changed. It has become that dumb thing, and I’m not responsible,” he stated. “I’m not quite as kind as that gentleman. It’s remarkable how I transform into that person when I walk on set, and I respect it. I no longer make jokes as I watch my performance, and I honestly believe I’m better as Santa Claus than I am as any other character because I believe it’s easy for any actor to put on a costume or make a joke.”

Allen believes that “The Santa Clause” franchise did an excellent job of respecting Christmas as a Christian celebration without “heralding” it.

“We respect the Christian heritage without trumpeting it. What it is is what it is. It is a Christian celebration. So, we do not dwell on it, but we also do not disregard it. “I admire how we handle it,” he remarked.

In contrast to the original films, Disney+ adapted Scott Calvin’s last stand into a television series. Allen described it as a difficulty, given his familiarity with the film format, but he was able to view the series as a “six-hour movie.”

Tim Allen with Santa at the Sunday, November 6, 2022 premiere of “The Santa Clauses.”

“To get the first episode, the fourth episode, and the sixth episode in my head,” Allen stated regarding his perspective on the series. “I perceive the beginning, middle, and end as if it were a six-hour film. I stated, “This is a promising development, and we will continue along this route.”

He remarked, “This is a new format for me, but I can wrap my creative mind around it.” This is not a television program. It is not a film. A hybrid is what we’ve been compelled and challenged to do now. It is a lengthy film or a highly produced, artistically elevated television program.”

Allen compared the filming of “The Santa Clauses” to the “beautifully photographed” episodes of “Game of Thrones.”

In one of the film-like episodes, NFL Hall of Fame quarterback Peyton Manning made a guest appearance. “It’s a double-bind situation,” began Allen.

“I couldn’t be a fan because I’m ridiculously dressed as Santa Claus. So, no matter how much I grinned while working with Peyton Manning to make him appear like Santa Claus, I was unable to make him smile. Thus, the fan was concealed by around 70 pounds of cosmetics. It was incredibly difficult, and it was the best scene.”

In the television adaptation of the legendary holiday films, Allen’s Santa Claus character declares he is ready to retire. Allen, on the other hand, is unable to envision his life without performing.

“Once I began coming to Disney and filming ‘Home Improvement’ or ‘Last Man Standing’ and working on sets, I’ve loved every second,” he said. “I never feel like I’m working, therefore I have no idea how to stop doing this.”

Allen stated that he “still enjoys” making others laugh. “I’m unsure if my friend Jay Leno ever expressed it this way. Once, he questioned me, “Why?” I say, “I’ve owned a residence in Mexico for many, many, many years.” And then he asks, “What do you do there?” And I responded, “Well, I don’t know,” to which he replied, “Retire is simply another term meaning dead.” Waiting to die.’ And I respond, “You know, Jay, I never considered it that way. “I wish you had not said that.”

“Two of my buddies enjoy their retirement by playing tennis. The couple awakens and enjoys a leisurely breakfast with the wife. They enjoy retirement immensely. Because I enjoy my work so much, it takes me nearly my whole vacation to finally have two days of rest.

The actor and comedian’s name has been well-known for decades. Allen has appeared in numerous films, including “Christmas with the Kranks,” various “Toy Story” films, “Last Man Standing,” “Galaxy Quest,” and “For Richer or Poorer.”