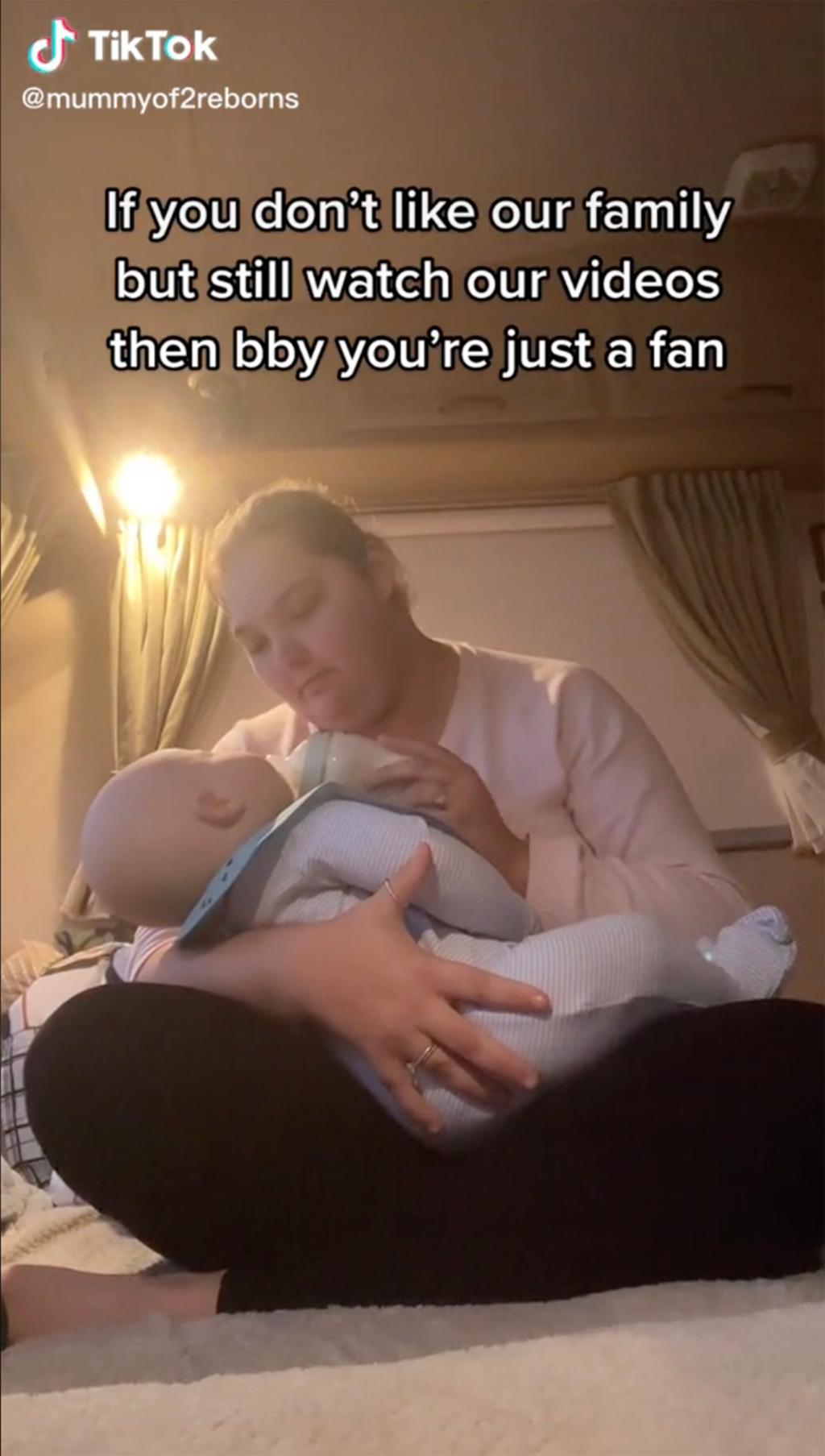 A lady who calls herself Mommy of 2 Reborns on TikTok has received criticism for feeding her ‘kids’ powdered formula. Reborns are lifelike dolls that are commonly acquired by women who have experienced infant loss or miscarriage.

People are furious, but not because she is pro-breastfeeding or because of the “breast is best” argument, but she proudly displayed in a recent video that she had purchased tins to feed them.

Because there is a global scarcity of infant formula, which is obviously a serious problem.

Additionally, since the infants are not real, the formula is effectively squandered.

The woman’s ‘kids’ are actually’reborn dolls,’ which are extremely lifelike dolls one can acquire, typically after experiencing baby loss or miscarriage.

It appears that ‘Mom to Two Reborns’ considers Summer-grace and Reggie-lee to be her real-life children.

In one of her recent videos, she demonstrates that she has purchased pacifiers, baby wipes, and newborn formula for them. And certainly, it is to feed her starving infants.

The video has been seen about 800,000 times, and many people are upset about it.

One viewer wrote: “Please please NOT Kendamil! The majority of supermarkets do not stock it, making it absurdly difficult to obtain! I’m certain your plastic toys won’t starve!”

Another said, “I’ve been to my supermarket three times in the past few days looking for Kendamil for my REAL daughter, but I can’t find any,” while a third said, “It’s not me who’s having trouble locating Kendamil for my real child.”

A woman has angered mothers on TikTok by posting videos of her purchasing baby formula for her dolls.

To the dismay of many, the woman regularly shares her life with the dolls, including bottle-feeding them formula.

“Keep the tin, wash it out, and use milkshake powder or powdered milk,” suggested one viewer. Do not take supplies from infants in need.”

Someone else criticized, “You are wasting VALUABLE resources.”

Even other Reborn Doll owners have commented on the woman’s use of formula: “It’s absurd, and I hope people realize that not all reborn collectors are like this! She gives us all a bad reputation!”

Other videos depict the’morning routine’ with five ‘children’ and the restocking of the nappy [diaper] bag, prompting viewers to again beseech her to reuse them because some can’t find nappies in stores.

“Genuine question,” one began. “Why don’t you reuse the same diaper multiple times? That’s what my daughter does with her doll, so it must be cheaper for you, right?”