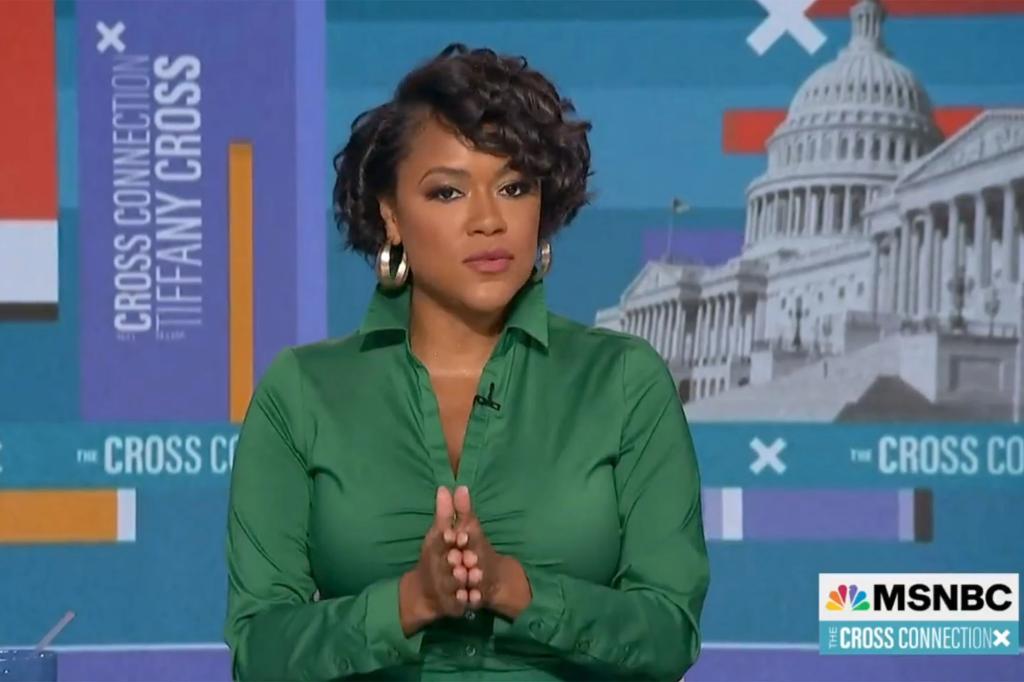 MSNBC abruptly fired the anchor earlier this month, and she has retained the same attorney who raked sister network NBC over the coals for its treatment of Gabrielle Union following her departure from “America’s Got Talent” and won a hefty settlement for Chris Harrison in his dispute with ABC over “The Bachelor.”

We’re told that Cross believes network chief Rashida Jones has a personal vendetta with the former “Cross Connection” anchor, and that Cross is concerned that something nefarious was occurring behind the scenes. Therefore, she retained Bryan Freedman, a prominent attorney who also represented Megyn Kelly in her battle with NBC.

“The attorneys have made contact. She wants to know why she was fired, according to a source.

What are the business justifications for letting her go? Brian Williams lied, and he was reinstated. Joe [Scarborough] and Mika [Brzezinski] had a relationship, thus their hours were increased and they were paid more. Many in the industry believe that [Cross] was made an example of.”

According to reports, MSNBC president Jones “called Tiffany directly and informed her that her contract will not be renewed effective immediately” when she was let go.

Previously, sources told The Post that one of the reasons Cross was fired was because he “racked up as much as $100,000 in charges for five-star hotel stays” at locations such as the Beverly Wilshire in Los Angeles. However, a source acquainted with the network scoffed, “Joe and Mika reside there regularly.”

Keith Olbermann, a former anchor for MSNBC, defended Cross and accused the network of being “full of s–t”

He tweeted, “It’s a tradition as old as MSNBC itself.” When NBC is criticized for an anchor’s departure or dismissal, the talent is anonymously maligned and portrayed as a prima donna.