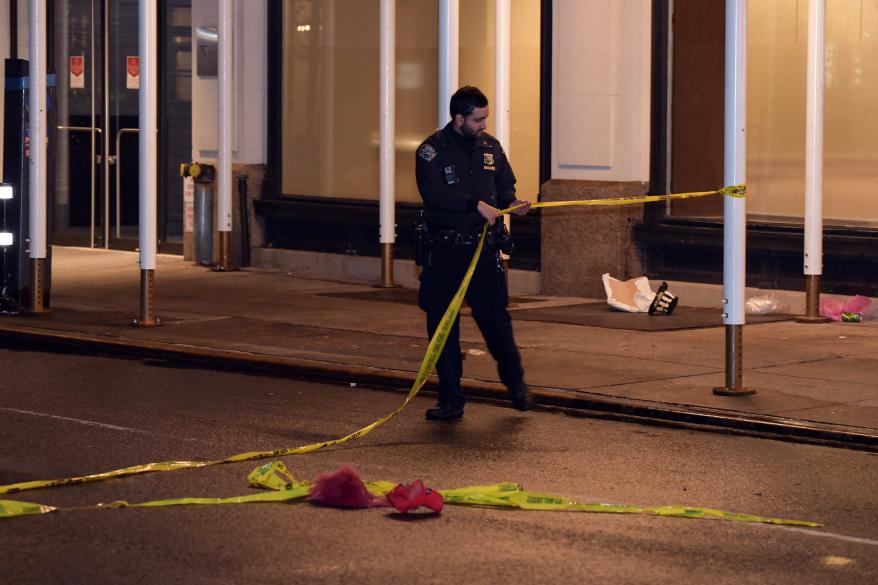 Three midnight stabbings in the Bronx and Manhattan resulted in one fatality and two injuries, according to the police.

At approximately 4:00 a.m., a 63-year-old man was tragically stabbed in the chest and a 38-year-old woman was wounded in the torso in front of 1335 College Avenue in the Bronx, according to police.

According to police, both individuals sought private transportation to Bronx Lebanon Hospital, where the male was declared deceased. The woman’s condition was stable.

A police spokeswoman stated that the “victims were involved in a quarrel with an unknown individual who stabbed them.” She stated that there was no known motivation.

A man was stabbed in the stomach around 2:30 a.m. at East 21st Street and Fifth Avenue in Manhattan’s Flatiron District, according to police.

At approximately 4:00 a.m., a woman was stabbed in the torso in front of 1335 College Avenue in the Bronx, according to police.

He was transported in stable condition to Bellevue Hospital. Police said the guy, who was wearing a yellow jacket and gray trousers, escaped on foot down 21st Street. There was no discernible motivation.