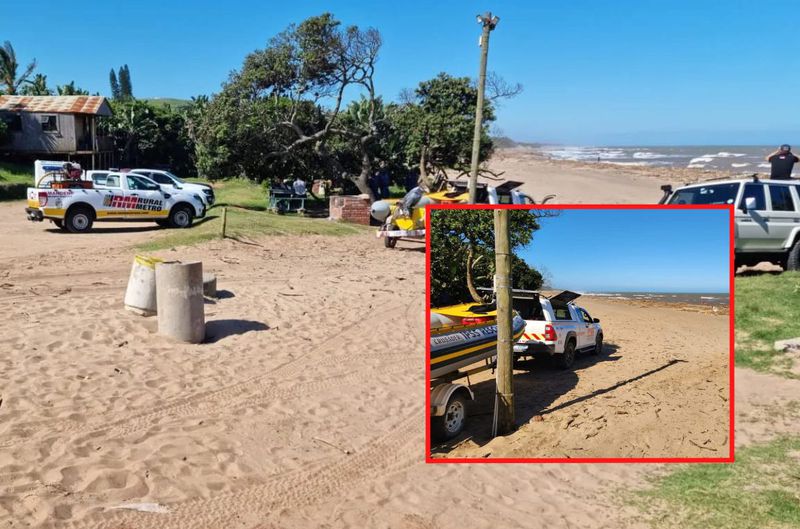 When three men became lost at sea in the Tugela Mouth region on Thursday, January 12, search and rescue personnel were dispatched to the location.

Approximately two nautical miles out to sea, according to accounts from the area, a ski boat was in distress.

Lifeguards from Mandini collaborated with IPSS Search and Rescue to undertake a search.

According to members on the scene, there were three guys aboard the sailboat who had contacted their families and stated they would land at 11:40 a.m., but never arrived.

Additionally, a father and son were saved after a DRAMATIC sea search.

The vessel was discovered by Mandeni Lifeguards, however it was empty. Fortunately, after a protracted search, all three men were discovered unharmed.

According to one of the men, their craft was struck by a wave, and they were all subsequently tossed overboard.

Three men were able to reach the shore after approximately three and a half hours in the sea.

When they reached the shore, rescuers discovered them uninjured.

»Three men are rescued after nearly three hours at sea«