Skip to content
Go Home «» News «» World News «» Three Amazon UK warehouses to shut down and will impact up to 1,200 jobs 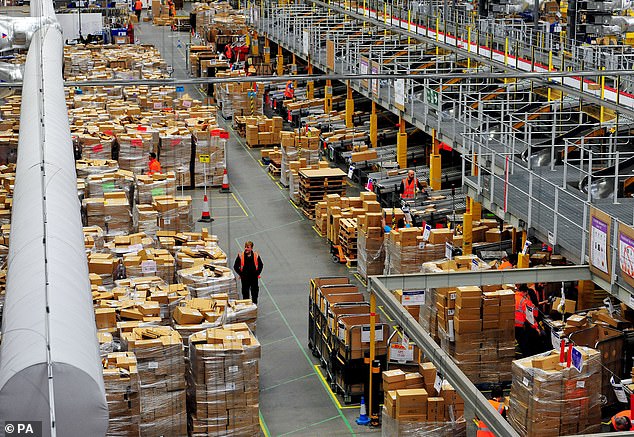 Three UK facilities will be closed, according to Amazon, which will affect up to 1,200 employment.

According to a corporate representative, closure proposals have been made for locations in Hemel Hempstead, Doncaster, and Gourock in the west of Scotland.

All employees at the facilities will presumably be given opportunities to work at other Amazon locations.

There are proposals to build two new, large fulfillment centers in Stockton-on-Tees, County Durham, and Peddimore, the West Midlands.

We are dedicated to our customers, staff, and communities across the UK, and we will provide all affected employees with the chance to transfer to other locations.

Currently, 500 people work for Amazon in Hemel Hempstead; all of them will be given jobs at the company’s nearby Dunstable warehouse or other local places.

The company aims to shift the 400 or so employees from its Balby Carr Bank location in Doncaster to its two other fulfillment centers at Doncaster’s iPort for the discussions.

About 300 employees who are currently stationed at the Gourock location will also be impacted by the proposals.

The company acknowledged this and promised to provide personnel with possibilities for retraining and reskilling as part of efforts to find new employment.

The revelation was a “severe blow to Gourock, Inverclyde, and Scotland,” according to SNP MP for Inverclyde Ronnie Cowan.

‘Among the figure crunching we must remember that 300 families are touched by the decision,’ he added in a statement.

They will be under a great deal of stress, therefore we must do everything we can to support them at this extremely trying period by helping them obtain productive job.

It goes without saying that this will be a hammer blow to the personnel and their families during a time of a cost-of-living crisis, he continued.

“Amazon has stated that it will endeavor to re-deploy employees, but has not as of yet made a concrete commitment to me.”

Now that this decision has been made, “I now want to see both the UK and Scottish governments act to see what measures may be implemented.”

The Gourock plant in Faulds Pauk, which opened in 2004, is one of the biggest employers in the region, which is among the most impoverished in Scotland.

Meanwhile, Steve Garelick, a GMB union officer in Hemel Hempstead, expressed his disappointment for the affected employees and the community as well as his great anxiety that this is just the beginning for the region.

According to Sky News, he continued, “Some employees may be offered new responsibilities, but moving to Luton, Dunstable, or Milton Keynes isn’t as practicable as you might assume.”

It follows Amazon’s announcement last week that it will be eliminating 18,000 jobs worldwide in an effort to reduce expenses.

It will be the greatest layoff program in the company’s history, and there will undoubtedly be job losses in the UK, though specific numbers have not been disclosed.

The decision, according to Amazon’s CEO Andy Jassy, was primarily motivated by the “uncertain economy,” and the impacted staff will be informed later this month.

The organization, which employs over 1.5 million people globally, issued a warning about job cutbacks in November without providing a specific number, but it did state that more positions would need to be eliminated as part of a thorough analysis of its operations.

According to Amazon, positions across all of its stores, including Amazon Fresh and Amazon Go, as well as its human resources function, will be most impacted.

»Three Amazon UK warehouses to shut down and will impact up to 1,200 jobs«