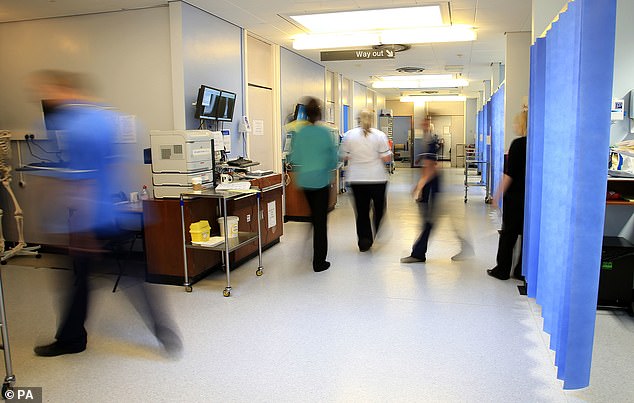 Thousands of social care staff are leaving the sector to take up better-paid jobs in supermarkets and hospitality.

The situation is causing a crisis in the NHS because it is so difficult to discharge patients to care homes.

Now doctors are urging ministers to ‘give money to social care – not us’ to ease the hospital bottleneck.

Around 410,000 social care staff quit last year, leaving the sector with a shortage of around 160,000. Vacancies in the sector have doubled in the past year, with ten per cent of posts now empty.

The cost of living crisis and widespread labour shortages have resulted in prospective social care staff getting better-paid jobs in supermarkets and hospitality.

Companies such as Amazon are also offering ‘golden handshakes’ of up to £3,000 to new employees.

The lack of staff has reduced capacity in care homes. Four in ten are now refusing to take on new admissions, meaning elderly and vulnerable patients remain on hospital wards.

President of the Royal College of Emergency Medicine, Dr Katherine Henderson, told The Times: ‘Without a solution to social care the emergency care crisis is not going to improve. Don’t give money to us, give it to social care. You could train a group of people to staff social care a heck of a lot quicker than you could train a nurse or doctor.’

Natasha Curry from the Nuffield Trust think-tank added: ‘The average pay for social care is £9 an hour. In retail they pay on average 21p an hour more and working conditions are better. There is such stiff competition because of labour shortages and Brexit.’