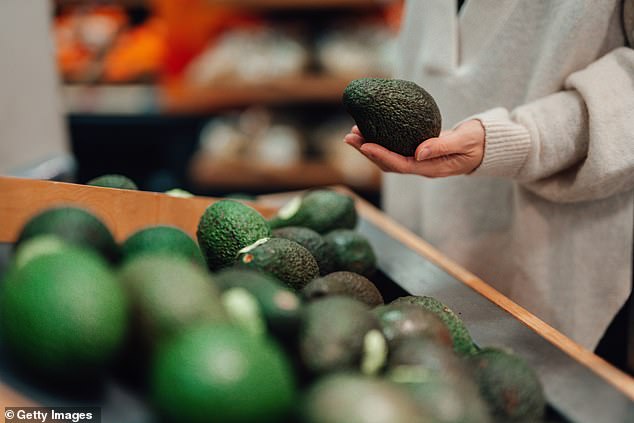 Thousands of avocados are being dumped in rubbish tips because Covid lockdowns created a massive surplus, despite Aussies battling with surging food prices.

Jan De Lai from Atherton, North Queensland, shared photos of the discarded avocados after finding thousands of them dumped at her local tip.

Truck loads of avocados are being dumped in Atherton!,’ she wrote.

‘Surely they could be used for animal fodder or used to make oil? Poor farmers.’

However, Covid meant restaurants were selling less smashed avocado toast and breakfasts and farmers were had excess produce from the new trees.

‘So the option is just to dump it.’

2GB radio host Ben Fordham explained it was cheaper for farmers to throw the avocados away than send them to shops for sale, after sharing the heartbreaking image on his Facebook page.

‘Increasing labour and shipping costs means it’s not worth their while to pack and send the stock. Chucking them out is the cheapest and easiest option,’ he wrote.

Australians were shocked to see the avocados go to waste, especially as food prices soar across the country, and unleashed on Facebook about the issue.

‘Unbelievable the amount of food waste that happens… certainly is heartbreaking when there are people going hungry,’ wrote Deena Currie.

‘Happens with every season, in summer it’s strawberries,’ Rachel Anne Bendelle wrote. ‘No one should be going hungry in this country with the amount of food that is over produced and wasted.

‘We need to stop importing fresh produce from other countries and learn to eat what is grown seasonally and available here like we used to,’ she said.

Lisa Murden wrote: ‘This is what happens when farmers are forced to sign contracts with big chain supermarkets to survive and then the supermarket chain doesn’t want your produce.’

The cost of food is predicted by Australia’s major supermarkets to soar by more than 12 per cent this year.

Ben Gilbert, retail analyst at investment bank Jarden, said the price increases at supermarkets would be large as inflation continues to soar.

Price increases are significantly larger than we expected,’ Mr Gilbert said in his survey of key retail suppliers.

‘Further increases are planned, either a second or a first at a planned weighted rate of 7.4 per cent. This paints a scenario whereby we could see an annualised run-rate of more than 12 per cent through 2022.’

He also expected the number of specials and sales at supermarkets to drop as they try to boost revenue to cover more expensive supply.

‘Despite retailers and suppliers actively pulling promotions through January, reflecting supply chain issues, not all suppliers are able to concurrently or are planning to reduce promotions,’ he said.

utritionists fear the situation will be detrimental to Australians’ health as families struggling to make ends meet turn to cheaper junk food.

A head of lettuce at $5.50 is now more expensive than a $4 McDonald’s cheeseburger.

‘That means real purchasing power, the amount of goods and services your pay will provide you is actually going backwards,’ he explained