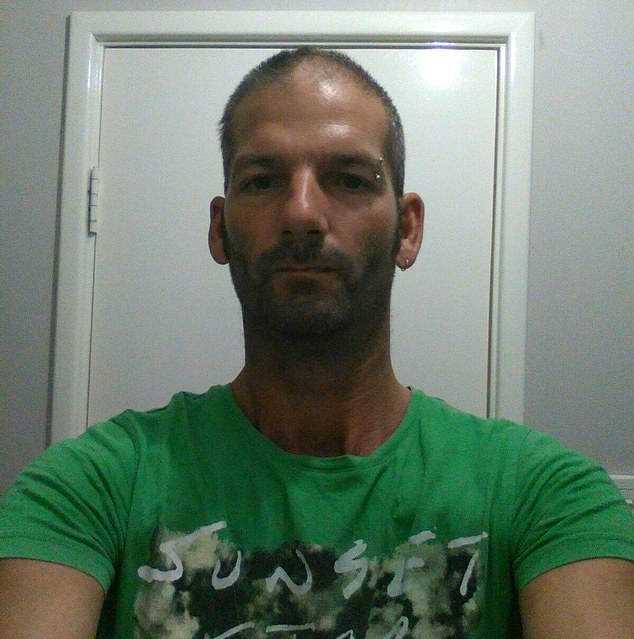 Kim Rowe, 46, had been riding on Yale Road in Thornlie, in Perth’s eastern suburbs, when the father-of-three collided with a cyclist about 2:30am on Wednesday.

Mr Rowe had been coming home from a late-night shift when he turned a blind corner and crashed into a bike rider travelling in the opposite direction.

He was rushed to Fiona Stanley Hospital with critical injuries but despite the desperate efforts of medical teams, tragically died a short time later.

His partner Tara McNally said they had their last exchange as Mr Rowe left for work, which finished with him saying he loved her.

Mr Rowe worked packing trucks for a bakery and had been married for 16 years with who he shared three children, aged four, nine and 10.

The grief-stricken mother said she feels like she has ‘lost a part of myself’.

‘It happened when he was coming home,’ Ms McNally told the West Australian.

‘Everyone loved him… we will miss him forever.’

Her ‘heartbroken’ son Brodie, 10, said he misses his dad.

Ms McNally said her partner had always been very safety conscious while riding his e-scooter and never left home without a helmet.

A resident recalled hearing a ‘thud’ and then ‘groans’ at the time of the horror crash which occurred nearby a busy intersection.

The cyclist, a 52-year-old man, was treated at the scene for minor injuries.

Police, paramedics and firefighters attended the scene with officers to continue to investigate the circumstances of the horror crash.

The incident marks the second fatal e-scooter collision in Western Australia this year, after a 13-year-old boy fell off one of the popular devices in February.

Calym Gilbert, who had been on the e-scooter with another 14-year-old, was hit by a ute at an intersection in Butler just after 2pm on February 20.

The teenager had not been wearing a helmet at the time with his grief-stricken family deciding to turn off his life support the following day.

Road Safety commissioner Adrian Warner described the two deaths as a tragic reminder to residents to be mindful of riders on roads and paths.

‘Even when all safety precautions are taken, eRiders are vulnerable and the consequences of a crash can be devastating as we have seen with this incident,’ Mr Warner said.

Riders were restricted to travelling a maximum of 25km/hour on suburban roads and bike roads and 10km/hour on pedestrian footpaths.

Electric scooters are allowed on public roads in almost all Australian states and territories with WA, ACT, Queensland and Tasmania having the most lax rules.

The NSW state government recently announced e-scooters would be trialled in Sydney after repeated calls for the devices to be introduced.

NSW Transport Minister Rob Stokes wants to launch a three-month pilot from July and hopes the devices can help ease traffic and parking woes in the Harbour City.