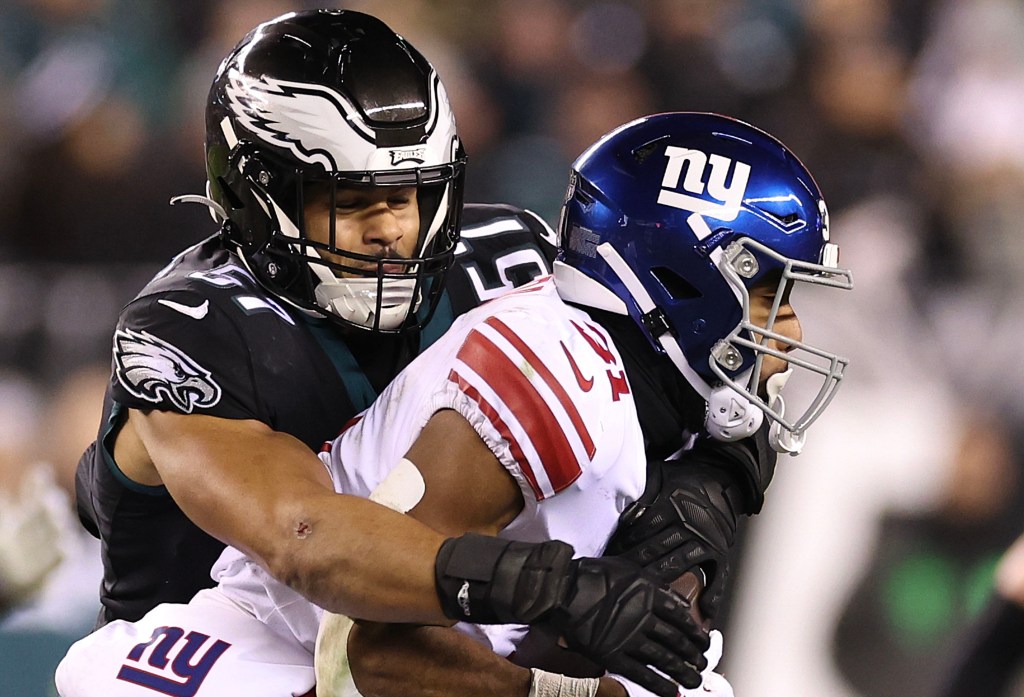 The Philadelphia linebacker with the most tackles was former undrafted free agent T.J. Edwards, who tallied 159, 49 more than the second-most. Edwards led his team to a 17-3 record in two seasons at Lakes Community High School in Lakve Villa, Illinois, before enrolling at the University of Wisconsin. He threw 30 touchdown passes, ran for 16 more, and accumulated more than 3,300 total yards.

2. Feel-good story Reed Blankenship, who filled in at safety when C.J. Gardner-Johnson was injured, will see an increase in playing time as Philadelphia deals with the absence of cornerback Avonte Maddox. Blankenship, a native of Athens, Alabama, worked on a farm while in high school. However, the undrafted free agent from Middle Tennessee State has started four games for the Eagles, collected 34 tackles and two pass breakups, and even intercepted Aaron Rodgers in Week 12.

Before becoming a two-time Pro Bowl wide receiver, A.J. Brown was a baseball superstar. He committed to Mississippi for baseball and football, was picked in the 19th round by the Padres, and signed with the team. He then teased his Twitter fans by tagging the Padres and stated that all he needed was a workout to play both sports in 2022.

Gardner-Johnson missed the first regular-season matchup against the Giants due to a kidney injury, but he returned for the Week 18 matchup and recorded seven combined tackles and one tackle for loss. Earlier in the season, Gardner-Johnson was the only Philadelphia defensive back since 1970 to record an interception in five consecutive games, a streak that enabled him tie for the NFL regular-season lead with six interceptions.

5. Defensive end The Athletic reports that Josh Sweat, who had a career-high 11.0 sacks, 15 tackles for loss, and 23 quarterback hits this season, has constructed more than 20 computers from scratch over the past decade. This season, he is one of four Philadelphia players with double-digit sack totals.

»Things to know five little-known facts about the Eagles«