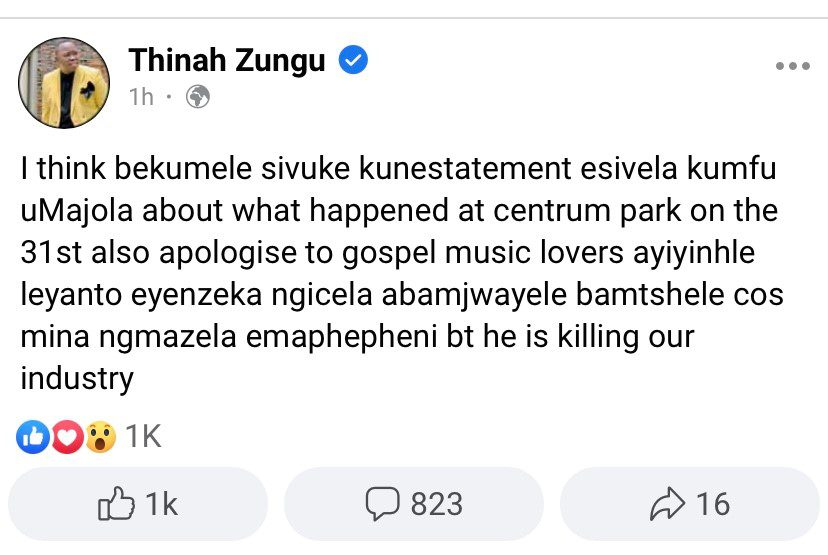 On New Year’s Eve, pastor Andile kaMajola hosted a “messy” gospel concert at Centrum Park in Durban. According to reports, the event was delayed and disorganized, and some attendees fled before it began.

Zungu raised worry on his social media account earlier this week, stating that kaMajola must apologize to gospel music fans for the “messy” concert he organized, and that kaMajola is destroying the business.

He stated that the gospel music industry requires a commission to oversee its musical events in the coming year.

To protect gospel music fans, we require a commission that will tightly organize all gospel music events this year. Zungu stated that event organizers will handle the database of vendors, tents, and sound and ensure that our fans receive the greatest production.

“The committee’s board will assist the event’s organizers with everything they need prior to the event, including handling complaints and compliments.”

Since then, KaMajola has apologized to unhappy fans of gospel music. This week, he stated that his crew is aware that the gospel show did not live up to expectations, and vowed that such errors will never occur again.