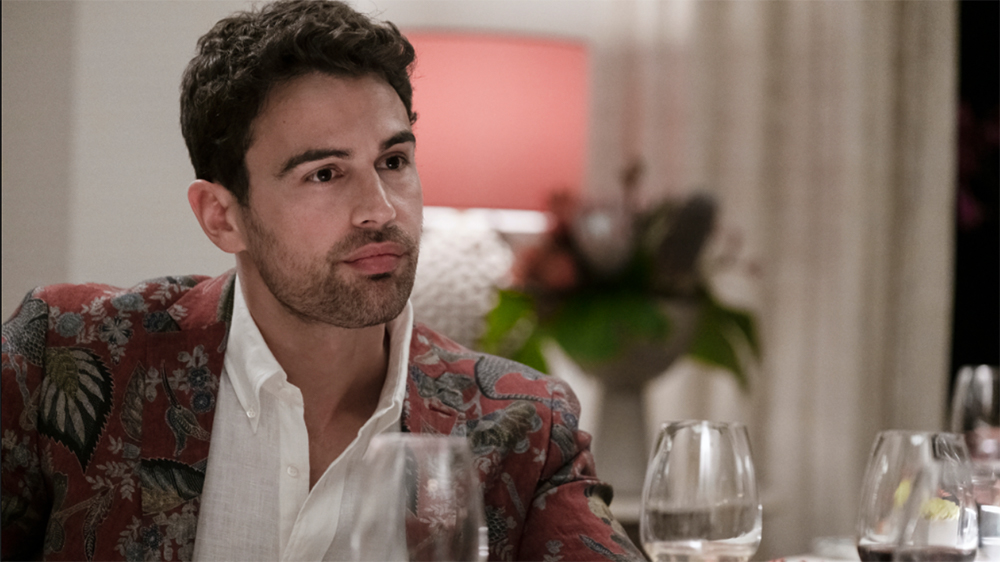 During his appearance on Friday’s (Dec. 2) broadcast of The Tonight Show with Jimmy Fallon, Theo James discussed his “buzzworthy” naked moment in the first episode of The White Lotus Season 2, in which his character displayed his “gigantic” penis, which James describes as “donkey-sized”

The actor, who has also appeared in Divergent and Mr. Malcolm’s List, confirmed to Fallon that he wore a prosthetic for the scene in which his character was caught in the buff by Aubrey Plaza’s Harper as he changed into swim trunks.

“The fact was, you walk into these situations, and the director and producers say, ‘Okay, for this, we’re going to use a prosthetic,'” he claimed, adding that his answer was, “Okay, that sounds fine.”

James continued by explaining that he requested a prosthesis that resembled a “normal joe” because he did not want the revelation to be distracting, telling Fallon, “Because the sequence is not about the pee-pee. It involves power struggles and sex. It’s about whether he did it intentionally or accidentally, and what it means. She declares, “I got you.” Yeah, I got you. Regular Joe.'”

However, as we have all observed, this was not the case.

James made a joke, “So, we go on set, and she’s carrying a hammer or whatever. It is obviously larger than that. It appears as though she took it from a donkey in the pasture. The object is enormous.” He continued, “And the director, Mike White, and I are sitting there thinking, ‘That’s average?'” We are calling our respective partners to apologize.

Before the premiere of the episode, James discussed the nude scene with Meghan O’Keefe of Decider. The actor insisted that the scene is open to interpretation, stating, “[Mike White] walks the line between whether Cameron did it intentionally, was it cunning, was it manipulative, or was he simply a fairly bombastic, body-confident individual who is innocent?”

Additionally, he disclosed that the scene was intended to be “more graphic,” but that White edited it down.

The HBO series was renewed for a third season last month after its Season 2 premiere garnered over 7.6 million viewers and set a weekly record on HBO Max.

The White Lotus airs on Sundays at 9:08 p.m. on HBO and is available on HBO Max.