Skip to content
Go Home «» News «» Breaking News «» Theo James explains, “The initial version we shot was way too much.” 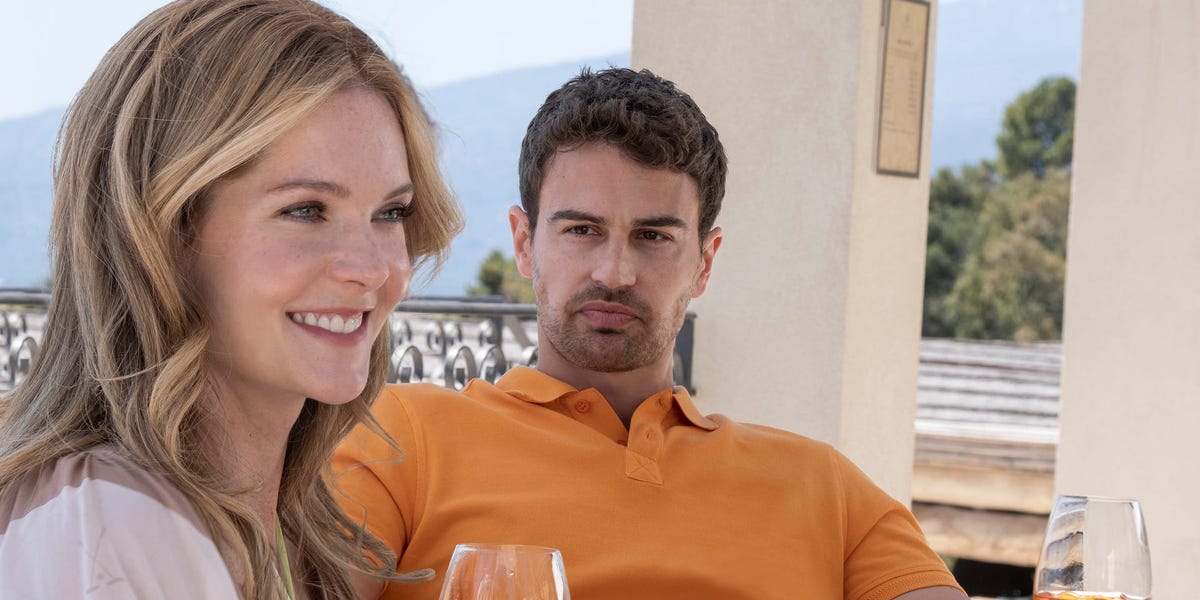 The second season of the Emmy-winning HBO social comedy “The White Lotus” began airing on Sunday.

The new episodes of the comedy-drama set at a resort take place in an upscale Sicilian resort and follow the exploits of a brand-new group of tourists, including a wealthy American businessman named Cameron Sullivan, portrayed by British actor Theo James.

James’ character and his wife Daphne (Meghann Fahy), his old college classmate Ethan Spiller (Will Sharpe), and Ethan’s wife Harper (Aubrey Plaza) had flown to the Mediterranean island for a vacation. As the pilot progresses, it becomes increasingly apparent that there are difficulties amongst the four of them.

Cameron stripped naked in full view of Harper when he followed her up to her suite to borrow one of Ethan’s swimming trunks because his own luggage had been lost. This scene raised eyebrows among viewers at home. Harper, who sees Cameron in the toilet mirror image, is astonished but uncertain as to whether Cameron realized she could see him.

Speaking about the scene, James — who is no stranger to stripping off on-screen, having done it for “The Time Traveler’s Wife” and “Sanditon” — told Entertainment Tonight that series creator Mike White had originally envisioned something even more risqué.

“The initial version we filmed was excessive. So, we did a more subtle version. They reduced the volume, “However, he did not elaborate on how the scene had been altered.

James elaborated that the version included in the premiere is “”interesting” since “at first… we don’t know if it’s intentional or unintentional. It somehow reveals itself.”

Although explicit, James’ co-star Fahy noted that the scene is not “arbitrary.” She stated, “It is always driven by characters. It’s all about moving the [narrative] along, you know.”

James promised that at the end of the season, viewers will see “there’s a reason” for what occurs between Cameron and Harper in the first episode.

He also addressed the fact that he has been entirely naked for his last three television roles, saying, “It’s in my contract that I must be absolutely naked,” and adding that being naked in front of the camera “felt natural” due to his extensive prior experience.

»Theo James explains, “The initial version we shot was way too much.”«