Skip to content
Home » News » Breaking News » The University of Idaho murderer spared a dog at the crime scene, according to police 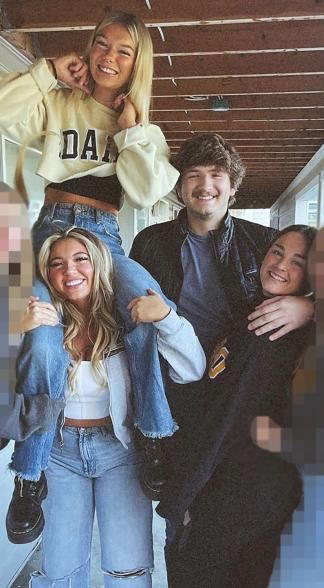 Authorities say the assailant who fatally stabbed four University of Idaho students last week spared a dog that was inside the residence at the time of the brutal incident.

Monday night, the Moscow Police Department stated, “Officers discovered a dog at the apartment on the night of the incident.”

The agency stated that the dog was handed over to Animal Services unhurt.

Authorities stated that the distressed animal was eventually turned over to a “responsible party.”

Kaylee Goncalves, one of the victims, shared a puppy with her ex-boyfriend, her sister told the New York Times. However, it is unknown if the animal retrieved from the residence belonged to her or any of the other victims.

Police dispelled allegations that the Oct. 12 murder of an Australian shepherd in the community was connected to the killings of Goncalves, 21, Chapin, 20, Kernodle, 20, and Mogen, 21.

Four students from the University of Idaho were tragically slain in their sleep last week.

Buddy, Pamela Colbert’s dog, was discovered skinned by police prior to the attack.

Pamela Colbert, the pet’s owner, told Fox News Digital that Buddy, a 12-year-old dog, was found skinned, but investigators ruled that an animal was not responsible for the gruesome incident.

“A person was responsible for this,” she stated.

Here is the most recent report on the horrible murders of four college friends:

Monday, police stated that other dead animals apparently discovered on the student’s off-campus property were unrelated to the killings.

“Detectives are also aware of a Moscow Police incident involving the discovery of deceased animals on the property of a resident,” the agency added. It was established that this was animal behavior unconnected to the occurrence.

According to investigators, each of the four kids was stabbed many times while sleeping, although some sustained defensive wounds.

Police stated at a briefing on Sunday that they continue to think the incident was targeted, but have yet to identify the perpetrator or perpetrators. The murder weapon has yet to be discovered.

»The University of Idaho murderer spared a dog at the crime scene, according to police«