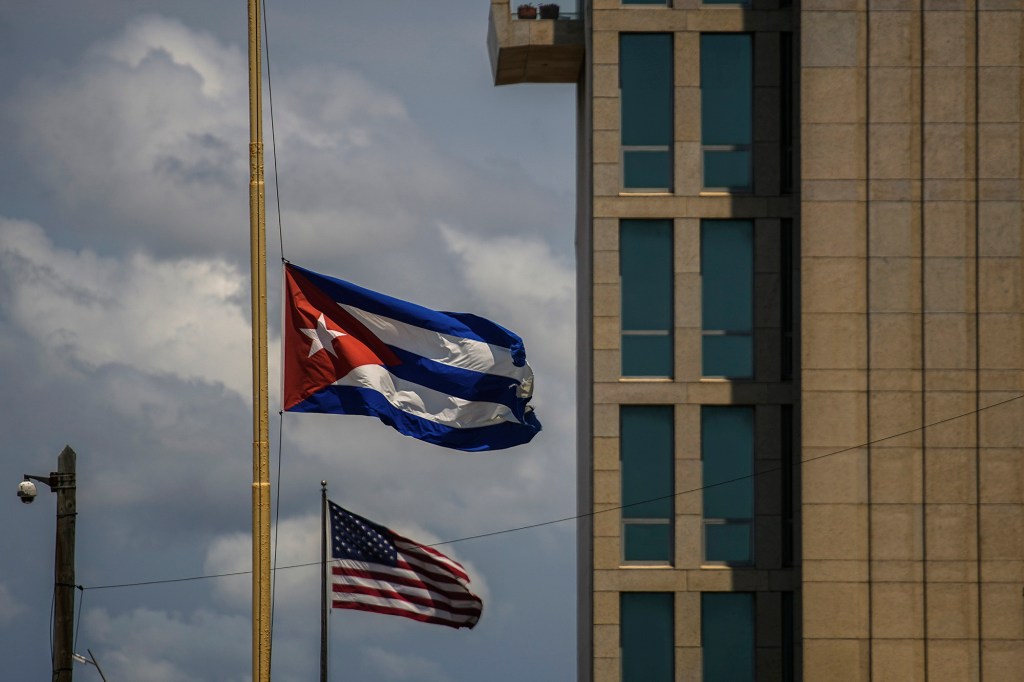 The United States Embassy in Cuba will restore visa and consular services on Wednesday, the first time it has done so since a series of unexplained health problems involving diplomatic personnel in 2017 led to a reduction in the American presence in Havana.

This Monday, the Embassy stated that it will resume processing immigrant visas, with a focus on permits to reunite Cubans with relatives in the United States, as well as others such as the diversity visa lottery.

The resumption coincides with Cuba’s largest migration exodus in decades, which has put pressure on the Biden administration to open more legal paths for Cubans and begin a discussion with the Cuban government despite their traditionally strained relationship.

It is estimated that they would issue at least 20,000 visas annually, but this is a drop in the bucket of the migratory flow, which is propelled by worsening economic and political conditions on the island.

In late December, US authorities stated that they had detained 34,675 Cubans along the Mexico border in November, a 21% increase over the 28,875 Cubans stopped in October.

This number has steadily increased month-to-month. According to data from US Customs and Border Protection, Cubans are now the second-most prevalent nationality at the border, after Mexicans.

A complex array of causes, including economic, energy, and political challenges, as well as widespread discontent among Cubans, have contributed to the increase in migration.

While the vast majority of Cuban migrants go to the United States by flights to Nicaragua and land crossings at the U.S.-Mexico border, many have also undertaken the perilous journey by sea. They trek 90 miles to reach the coast of Florida, frequently arriving in decrepit, poorly constructed boats crammed with migrants.

In 2017, visa and consular services were discontinued due to a series of health problems affecting embassy personnel.
AP

Increasing migration to the United States from other nations, such as Haiti and Venezuela, exacerbates the departure from Cuba, causing the United States government to deal with an increasingly complex situation at its southern border.

The renewal of visa work at the embassy follows a number of migration discussions and trips by US officials to Havana over the past few months, and may possibly indicate a gradual thawing between the two governments.

In November, following an American delegation’s travel to Cuba, the U.S. Embassy issued the following statement: “Our participation in these discussions demonstrates our commitment to conducting constructive discussions with the Cuban government, where appropriate, to advance U.S. interests.”

The tiny efforts are a far cry from the relations during the administration of President Barack Obama, who removed several Cold War-era sanctions and made a historic visit to the island in 2016.

Visa and consular services were suspended on the island in 2017 as a result of a series of purported sonic attacks on embassy personnel that remain mostly unexplained.

As a result, many Cubans who want to legally immigrate to the United States were forced to travel to countries such as Guyana before migrating or reconnecting with their families.

Relations between Cuba and the United States have always been strained, but they have worsened since the closure of the embassy and the Trump administration’s tightening of sanctions against Cuba.

Under President Joe Biden, the United States has loosened limits on remittances and family travel from Miami to Cuba, but has fallen short of the expectations of many Cubans that a Biden administration would return the island to its “Obama period.”

Tourist travel restrictions to Cuba and restrictions on the import and export of numerous commodities remain in effect.

The Biden administration has consistently criticized the Cuban government’s brutal handling of participants in the island’s 2021 protests, especially the imposition of lengthy prison terms on juveniles.

Officials from Cuba have regularly voiced hope over negotiations with the United States and steps to restart visa services. In November, Cuban Deputy Foreign Minister Carlos Cossio stated that ensuring migration through safe and legal channels is a “shared priority” for both nations.

However, Cossio also attributed the exodus of tens of thousands from the island to US sanctions, stating, “there is no doubt that a policy designed to reduce the standard of living of a community is a direct driver of migration.”