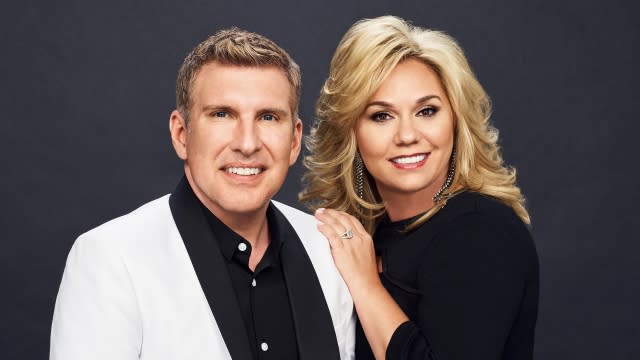 Perhaps Chrisley is not the wisest. Todd Chrisley and his wife, Julie Chrisley, were sentenced to lengthy jail terms for bank fraud and tax evasion on Monday (Nov. 21), and as if that weren’t enough, sites are saying that their reality series have been canceled as a result.

NPR reported that Todd was sentenced to 12 years in jail while his wife, Julie, will serve 7 years. In addition, they will be required to spend three years of supervised release and pay restitution, the amount of which has not yet been decided.

Todd’s attorneys suggested in a court document that he should get no more than nine years in prison, while his wife should receive probation with specific restrictions and no jail time.

The pair, who rose to popularity on the USA Network reality series Chrisley Knows Best, was accused for the first time in August 2019, when authorities stated that they filed forged paperwork in an attempt to get $30 million in loans. When the couple was unable to repay their creditors, they reportedly filed bankruptcy, began their show, and hid their revenues from the IRS. In addition, prosecutors stated that Julie had filed phony credit reports and bank records when she attempted to rent a property.

According to NPR, the couple was convicted in June of bank fraud, tax evasion, and conspiracy to cheat the IRS. Julie was also found guilty of wire fraud and obstruction of justice.

According to NPR, prosecutors said in a pre-sentencing court document, “The Chrisleys established an empire on the falsehood that their wealth was the result of commitment and hard work.” “The jury’s unanimous conviction corrects the record: Todd and Julie Chrisley have built a life by hopping from one fraud scheme to another, lying to banks, stiffing suppliers, and dodging taxes at every turn.”

A month before the pair was convicted, Chrisley Knows Best was extended for a tenth season, according to Deadline. While NBCUniversal has not yet issued an official statement, Deadline claims that USA Network will run some of the episodes that were shot prior to the trial before the program and its spinoff, Growing Up Chrisley, are completely pulled from the air.