Skip to content
Go Home «» News «» Breaking News «» ‘The Traitors’ On Peacock, Where Reality Stars And Civilians Attempt To Determine Who Among Them Is Attempting To “Murder” Them 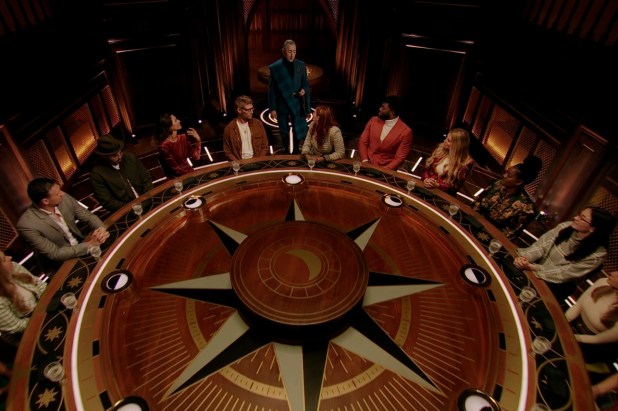 The Faithfuls have the opportunity to turn the tables by voting on whether or not they know who the Traitors are. If their guess is correct, the Traitor is sent home.

By completing daily chores – in the first episode, the gang is divided into two teams tasked with torching a monument — a bank is created. Those Faithfuls who remain after all Traitors have been removed divide the pot, which could reach up to $250,000 and is also divided by the remaining players. However, if any Traitors remain at the conclusion of the game, they win the pot.

In a bit of a twist, the group of 20 candidates is comprised of 10 “civilians” and 10 celebrities, all of whom had previously appeared on a reality show. Arie Luyendyk Jr., Brandi Glanville, Cirie Fields, Cody Calafiore, Kate Chastain, Kyle Cooke, Reza Farahan, Ryan Lochte, Stephenie LaGross Kendrick, and Rachel Reilly are the celebrity contestants.

What Shows Does It Bring to Mind? In many aspects, The Traitors is similar to The Mole, except that spectators know who the Traitors are, and the “Murder” and roundtable sessions are surrounded by more Gothic-style ceremony.

Several elements distinguish The Traitors from other “don’t trust anyone” elimination reality competitions, and these elements make the show highly entertaining. The first is the Scottish Highlands, which look just slightly less beautiful on film than they do in real life (believe us, we know; we were there 25 years ago and still remember how breathtaking it was).

The second element is Cumming’s scene-chewing hosting. We were surprised that an actor of his caliber would host a reality competition, but he embraces the role wholeheartedly, landing his Scottish accent on words like “murder” and some of the other Gothic-like elements of the game, and displaying a penchant for wearing outfits that include kilts, colorful hats, and other items that few reality hosts could ever pull off.

The half-celebrity, half-civilian group of contestants is the final ingredient that we appreciate. Reality stars from Big Brother, Survivor, The Bachelor, and as evidenced by the Brandi-Kate-Reza alliance, a variety of Bravo franchises, all bring their own unique methods of deceit and manipulation.

They believe that their prior reality show experience gives them an advantage over the other eleven “normies” in the castle. However, it quickly becomes apparent that the civilians are there to have fun and are not impressed by the so-called experience of the reality stars among them. Even by the end of the first episode, the distinction between celebrities and regular people begins to blur as their personalities begin to blend and collide. As far as we’re concerned, one of the most enticing aspects of this series is watching the celebrities’ inflated sense of self-importance begin to crumble after the first elimination.

We want to know what the hell Ryan Lochte is doing and who he’s going to outmaneuver as the Sleeper Star. It’s almost as if the Traitors will keep him around for the duration of the program because he seems so innocuous.

Most Pilot-like Phrase: As soon as the group enters the castle, Reza identifies non-original design aspects, such as the floor. Who gives a crap, Reza?

Our Request: STREAM IT. The Traitors is entertaining to watch due to Cumming’s scenery-chewing and the entire interplay between the reality stars and the regular people.

»‘The Traitors’ On Peacock, Where Reality Stars And Civilians Attempt To Determine Who Among Them Is Attempting To “Murder” Them«