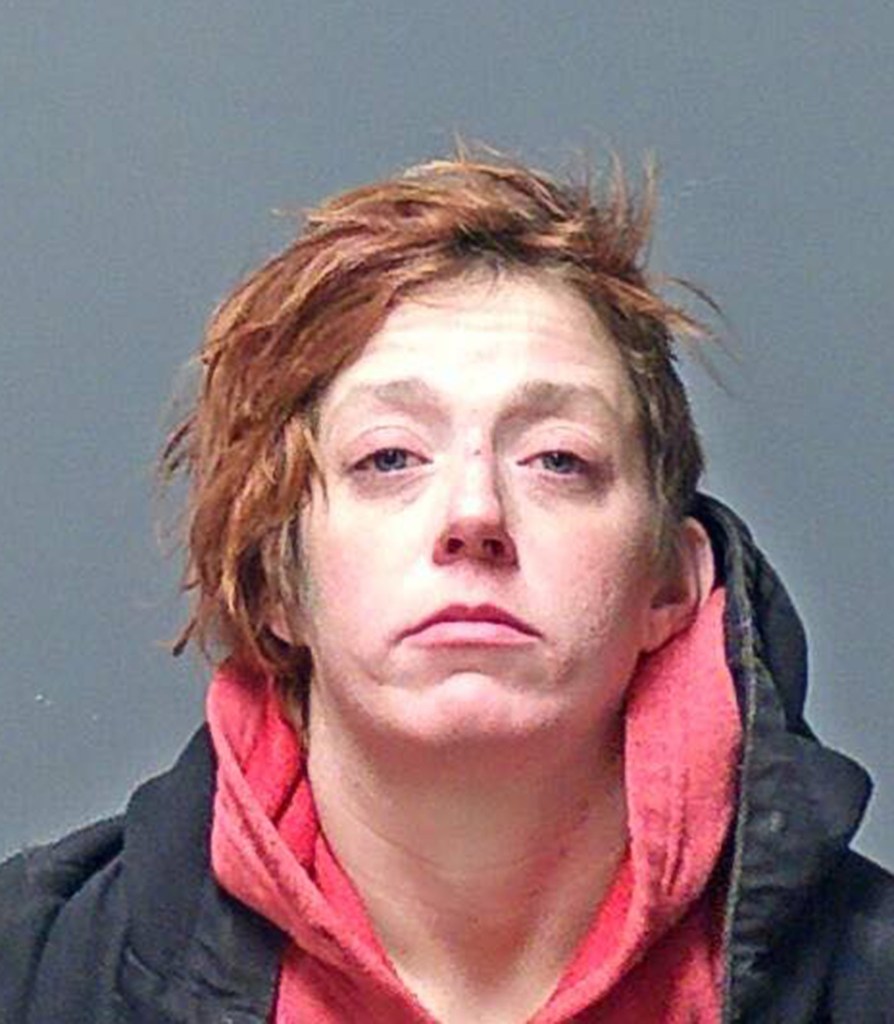 Alexandra made news this week after authorities allegedly discovered her newborn son unclothed and cold in a wild region of New Hampshire at 18 degrees Fahrenheit on Monday morning. The woman, who remains hospitalized after giving birth in the woods, was first charged with one count of felony careless after reportedly lying to police during a search for the infant.

Alexandra was arraigned over the phone on Tuesday and informed that she faces further accusations of endangering the welfare of a child, second-degree assault with extreme disregard, and manipulating physical evidence.

According to an affidavit reported by WCVB, Eckersley told police she was unaware she was pregnant and admitting to consuming cocaine and marijuana in the days preceding the birth of her child.

Alexandra Eckersley is facing many charges after her newborn was discovered in New Hampshire’s woods in 18-degree temperatures on December 26, 2022.

Nancy, Alexandra’s mother, allegedly told prosecutors that she and her ex-husband, Dennis, offered their daughter drug treatment for years, but she rejected and opted to be homeless.

“They had an open opportunity for her to return home under the condition that she get drug treatment, but she chose not to,” said assistant Hillsborough County attorney Carl Olson.

As the daughter of a multimillionaire MLB icon, many would assume that Alexandra lives in opulence and has access to the entire globe. According to a heartbreaking piece in the Concord Monitor, a local newspaper in the state capital of New Hampshire, this is far from the truth, especially since she left the Eckersley family home in Massachusetts in late 2017.

“At the age of two, Allie was diagnosed with mental illness, which worsened significantly over the years, resulting in multiple hospitalizations and eventual institutionalization,” the Eckersley family told the outlet in May 2019, when columnist Ray Duckler interviewed Alexandra about her experience being homeless in Concord.

Alexandra Eckersley is facing many charges after her newborn was discovered in New Hampshire’s woods in 18-degree temperatures on December 26, 2022.

“Our hearts are broken. Unfortunately, the issue in her circumstance is less homelessness and more mental illness. We continue to hold out hope that Allie would seek the mental health care she so desperately needs to get her life back on track.”

Alexandra, according to the Eckersley family, has seen “many therapists, physicians, psychiatrists, neurologists, and child health activists.”

At the time, Alexandra was characterized as living with her lover in the “still-barren woods behind the closed liquor shop on Storrs Street” while battling bipolar disorder, despair, and anxiety. She stated in the 2019 interview that she and her boyfriend were looking for a new campsite after police ordered them one week to vacate a private land they were trespassing on.

Alexandra stated, “Before I relocated to this area, I did not learn from any of my mistakes made in Massachusetts.” “I did not recognize these were errors and that I had to admit and accept responsibility for them. They are errors that I do not like to mention.”

Alexandra stated to the media source that her original father was overbearing and cruel to her mother, resulting in her adoption by Nancy and Dennis.

Since the age of six, Alexandra has reportedly been transferred between facilities for mental health and behavioral issues, with one episode leading to a hospital lockdown.

Alexandra slept in a tent with cots and a heater during her first winter as a homeless person, and she would occasionally couch surf.

When approached about his daughter’s homelessness and bipolar disorder at the time the piece was published, Eckersley declined to speak with Duckler.

Jennifer, Eckersley’s current wife, did write Duckler with the following message: “As you may guess, this is an extremely private and heartbreaking circumstance. Dennis and Nancy decline to discuss it with you because it is simply too painful.

She did give a statement from Nancy and Dennis, however.

It stated, “As a family, we have been committed to her health and well-being.” We have provided her with unconditional love, care, and support. We have exhausted every resource in our search for the assistance, resources, programs, and professionals she has required throughout her life.

Once she reached the age of majority, our capacity to intercede on her behalf diminished significantly.

During the interview, however, Alexandra denied the assistance she received from her family, alleging that Dennis was preoccupied on her homelessness.

Alexandra stated, “He found a way to bring up my homelessness in every conversation.” “My lifelong goal has been to be accepted by my own family. I felt like an outsider, an outcast, in my own house.”

During the interview, Alexandra disclosed that she had recently entered a Riverbend-supported emergency facility to get her life back on track. I went there by myself.”

Duckler noted that Alexandra had asked him to share her development with her family. She was taking her medications and received food assistance at the time.

Alexandra stated in her 2019 interview that she desired to attend college and enter the medical industry in order to work in mental health, give back, and use her knowledge to assist others.

“Money doesn’t matter,” Alexandra added. “Homelessness is a possibility for everybody.”

Although her parents attended her events and were thrilled with things such as her high school prom, Alexandra stated that these positives did not “outweigh” the negatives.

In February of 2019, Alexandra recalls telling her parents over the phone that she had been accepted to two universities, New Hampshire Technical Institute and Granite State College, but they were only interested in the fact that she was homeless.

She affirmed that her parents adore her by stating, “I know they do.” “However, I do not wish to take the easy way out simply because I desire a home and an education.”

Eckersley might be freed on $3,000 cash bond, under the terms that she has no contact with the child or anybody under the age of 18, and that she resides in a sober facility with a parent or a state-approved residence.