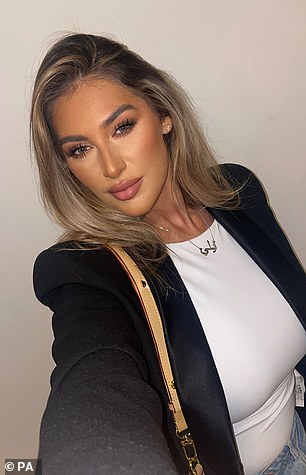 The third person detained on Christmas Eve in connection with a fatal shooting in Merseyside has been released on bail.

Three persons were detained following the shooting murder of 26-year-old Elle Edwards at the Lighthouse Inn in Wallasey Village, near Liverpool.

On Saturday, Merseyside Police announced that a 31-year-old man from Tranmere, Wirral, who was detained on suspicion of murder plot, has been freed on bail.

The three individuals who were detained have been freed from custody. A 30-year-old man was recalled to prison on license, while a 19-year-old woman was released on bail.

On Christmas Eve, Elle Edwards, age 26, was killed in a shooting at the Lighthouse Inn in Wallasey Village, near Liverpool.

Tim Edwards, the father of Elle Edwards, spoke at a press conference at the Merseyside Police Headquarters in Liverpool on his daughter’s shooting on Christmas Eve.

In a press conference on Friday, Ms. Edwards’ family praised her as “the most beautiful and brilliant star.”

Tim Edwards, her father, stated that the family was devastated by her death on Christmas Eve.

Elle was killed by a gunman after becoming involved in what is considered to be a feud between Merseyside drug gangs. According to the police, Elle was not the original target of the gunfire that injured four people.

In an extraordinary and heartfelt message, her father stated, ‘She cherished life and had so many fantastic plans for the future. There was no one more stunning than lovely Elle May.

Mr. Edwards stated, “We shall always love and miss her.” Our Elle May, the most beautiful and brilliant star in existence, forever and ever. She is the love of my life, the center of my universe, and my closest companion. She will always radiate beauty and brilliance.

Officers at the Lighthouse Inn following the incident. When gang members came, the atmosphere reportedly soured, according to witnesses.

One drinker told The Daily Mirror, “The perpetrators are not locals.” Since a result, many locals left around 8 p.m., as they could feel the tension.

A second witness stated that a young male was shot in the abdomen.

She reported that the manager rushed to the boy and pushed his tummy down. The entire staff was assisting. It was a complete disaster. Everyone is heartbroken.

Ian Critchley, Deputy Chief Constable of Merseyside Police, disclosed that police had failed to locate the weapon, thought to be a semi-automatic pistol, used to fire up to 12 rapid bullets.

Deputy Chief Critchley stated that the investigation into the’most callous and abhorrent murder’ of Miss Edwards was’relentless’ and that everyone involved, not only the shooter, would be held accountable.

Elle Edwards’ parents left a devastating tribute to her after her death on Christmas Eve at the Lighthouse Inn in Wallasey Village. Her parents penned, “To my lovely Elle, you are the light of my life and you will never be forgotten.”

Mr. Edwards, pictured on the right, was comforted by a member of the public within feet from where his daughter was murdered.

Tim Edward is depicted with his daughter Elle while on vacation. In an eloquent eulogy on Friday, he referred to his daughter as “just getting started.”

The force reported on December 29 that prosecutors had granted it additional time to examine suspects.

A spokesperson for the force stated, “We have detained a third suspect in connection with the murder of 26-year-old Elle Edwards on December 24 at the Lighthouse Inn in Wallasey.”

“A man, age 31, from Tranmere has been arrested on suspicion of murder conspiracy. He is being detained and will be interrogated by detectives.