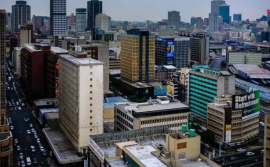 The task team tasked with looking into complaints about the stench that was reported over some of Gauteng and North West in June 2022 has concluded that a combination of weather-related events and industrial emissions were likely to blame for the sulfurous odor.

The task team was made up of representatives from the Department of Forestry, Fisheries, and the Environment, as well as the provincial departments in Mpumalanga, Gauteng, the North West, and the Free State, who were responsible for environmental and air quality issues.

The interim internal report from the task team, which was given to Barbara Creecy, minister of forestry, fisheries, and the environment, suggests that the sulphur smell may have come from industry operations in the Secunda and Mpumalanga regions and as a result of unusual air circulation patterns that caused the smell to be blown over Gauteng and parts of the North West during the week of June 5 to June 12, 2022.

Investigative work by the task team is still going on to see if there was an industrial emergency that might have contributed to the offensive odor that many people had noticed, as well as what role the weather conditions might have played.

“At this time, the interim investigations show that a low-pressure system in the north of the Mozambique channel caused a relatively unusual circulation pattern over the region during the days on which the public raised complaints about the strong sulfurous odor,” the Department of Forestry, Fisheries, and the Environment said in a statement.

The department believes that these circumstances may have led to the development of persistent south-easterly winds that carried Mpumalanga’s air pollution into Gauteng and the North West, particularly over Ekurhuleni, Johannesburg, and Pretoria.

Although industries in Gauteng and Mpumalanga complied with air quality regulations, ambient levels of sulphur dioxide were higher than typical over the relevant time, according to monitoring data recorded on the South African Air Quality Information System (SAAQIS).

According to the preliminary investigation, no emergency incidents—upset conditions, start-ups, or shut-downs—were reported by any facilities in Mpumalanga, North West, Gauteng, or the Free State that could have resulted in the release of significant amounts of sulfur dioxide and/or hydrogen sulfide during the week of June 7–12, 2022.

Some of the public complaints about the sulfurous odor were related to instances when sulphur dioxide levels during the time period in question were greater than usual.

However, it was doubtful that the elevated readings would have had any negative health impacts on the neighborhoods.

“The Task Team is to investigate and recommend potential policy interventions to further reduce hydrogen sulfide pollution and address concerns about public safety and potential long-term health effects of exposure in order to improve management of sulphur dioxide and hydrogen sulfide emission sources beyond the reactions sparked by public complaints.

The investigation will interact with businesses in locations where hydrogen sulfide is a problem to talk about short- and long-term control of sulphurous odorants, the department stated.