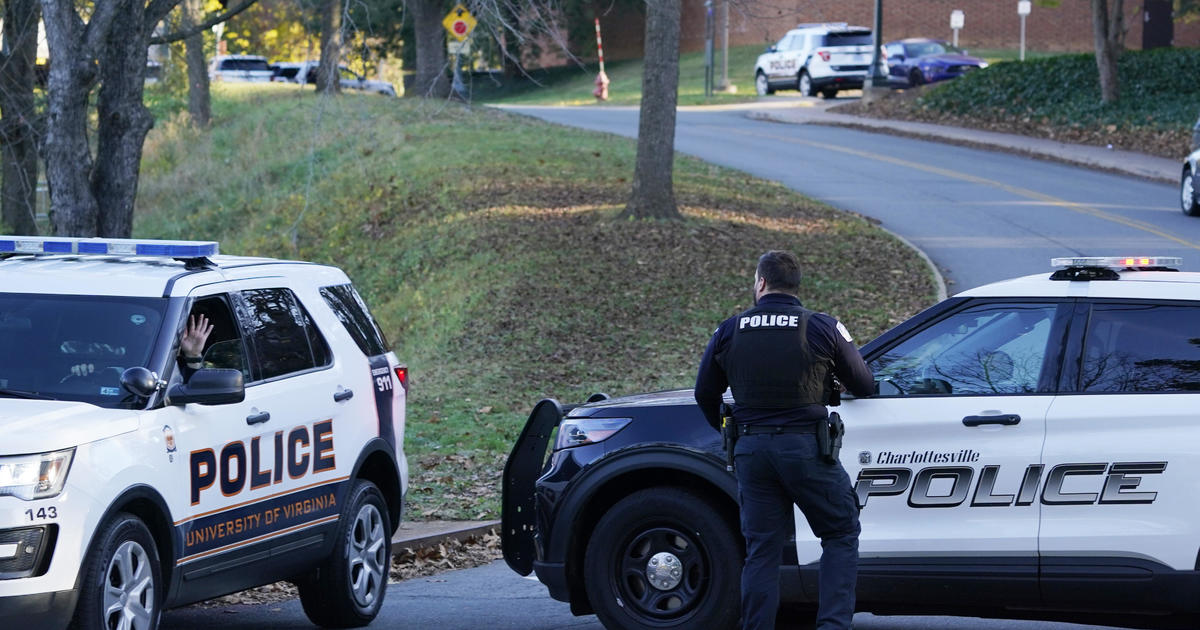 Charlottesville, Virginia — The president of the University of Virginia stated Monday that a student is suspected of killing three football players in a shooting on Sunday evening. Authorities identified the culprit as student Christopher Darnell Jones Jr. and announced his arrest on Monday.

Jim Ryan, president of the University of Virginia, named the deceased as Devin Chandler, Lavel Davis Jr., and D’Sean Perry during a press conference. Two additional students were wounded in the shooting and were still receiving medical care.

The image of Jones below was obtained from the university’s athletics website, where he was identified as a freshman member of the UVA football team in 2018.

The UVA Police Department is searching for Christopher Darnell Jones in connection with the shooting incident that occurred on the University of Virginia campus. If observed, dial 911; do not approach.

The University of Virginia Police Department published the notice on Sunday, November 13, 2022.

The caution for students and employees to remain in place came late Sunday night, following a report of gunfire on campus. At 10:42 p.m., the university’s emergency management tweeted about a “active attacker firearm.” The shelter-in-place order was removed late Monday morning after a “thorough check” of the campus, according to police.

Ryan tweeted, “There has been a gunshot on Culbreth Road, and the suspect is believed to be armed and dangerous.”

Later, Ryan issued the letter to the university community, stating that he was “heartbroken to report that the incident has resulted in three fatalities” and that two others were hospitalized and treated for unidentified injuries.

Police secure the scene of a gunshot that occurred overnight at the University of Virginia on November 14, 2022 in Charlottesville, Virginia. AP Image: Steve Heber

Additionally, the UVA Police Department placed an online alert stating that numerous law enforcement organizations were hunting for a suspect who was “armed and dangerous.”

In his Monday morning letter, Ryan stated that only selected necessary personnel should report to work.
According to the Richmond Times-Dispatch, a UVA student who was in her dorm room on Culbreth Road and heard six gunshots reported hearing them.

The elected officials of Virginia responded to the incident via social media.

“This morning, Suzanne and I are praying for the University of Virginia community,” tweeted Governor Glenn Youngkin, referring to his wife Suzanne Youngkin.

Sen. Tim Kaine tweeted, “Heartbroken to hear of another Virginia neighborhood decimated by gun violence.” “We are praying for the UVA community and monitoring the situation closely.”